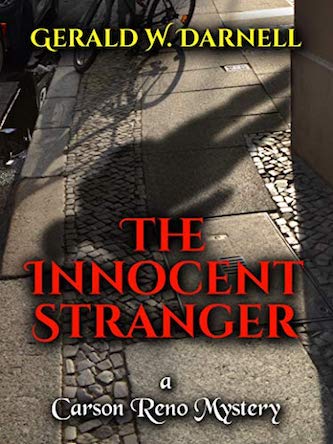 A Florida native, Gerald grew up in the small town of Humboldt, Tennessee. He attended high school and was a graduate of HHS class of 64. Following graduation from the University of Tennessee, he spent time in Hopkinsville, Kentucky, Memphis, Tennessee, and Newport, Arkansas before moving back to Florida – where he now lives.

During the early 70’s the author actually worked from an office in the Memphis Peabody Hotel. So many of the events about the hotel in Carson Reno’s stories are real as well as many of the characters you meet.

His fiction books are what he calls ‘Fiction for Fun’. They use real geography and include pictures and characters some readers might recognize. The Carson Reno Mystery Series features adventure mysteries set in the early 1960 time period. The primary geography is Memphis and West Tennessee, but Carson’s stories take the reader across the United States and occasionally to foreign countries.

Each story is considered light reading and is rated PG for everyone’s enjoyment. You are invited to pick your character and put yourself in the ‘play’. You might find it fun! The reader will experience character continuation through all the stories and enjoy the growth of the core characters with each new adventure.

Gerald’s nonfiction book ‘Don’t Wake Me Until It’s Time To Go’ includes stories and events spanning time from pre-high school to his retirement in Florida.

As an avid hunter and fisherman, many of the events involve activities and stories from his personal outdoor adventures. As a business executive, and extensive traveler, he gives us some playful observations accumulated from the millions of miles he traveled across the US.

As someone who loves animals and adventure, he offers thoughts and observations that are probably outside most reader’s imagination. Not a ‘tell all’ narrative, real names and real people are included.

If you know the author, you might find yourself – or one of your adventures – included. If not, I’m certain you will find a real familiarity with the stories and the times chronicled in the book. A must-read if you enjoy hunting, enjoy humor, and can laugh at yourself – while others are also laughing at you.

A man has disappeared while duck hunting and things surrounding his disappearance are troubling.

Carson has been hired by an insurance company to resolve a $1.5 million dollar life insurance claim, but things get quickly complicated. Bodies appear, and it seems that these deaths might be connected to the missing hunter – but how?

Facts reveal that the missing man’s job as an independent truck driver is linked to his disappearance, and perhaps to the mysterious murders. Carson’s investigation unearths some very unusual characters, along with a wife who appears to be interested in everything but finding her missing husband.

Conflicts with the Memphis police are getting in the way of the investigation, and the urgency is escalated when another body is discovered.

This case has more twists than a large bag of pretzels, and just when it seems to be going in the right direction – it changes.

Join our Cast of Characters and come along to help Carson find the clues, search for the truth and try to solve the case of The Innocent Stranger. 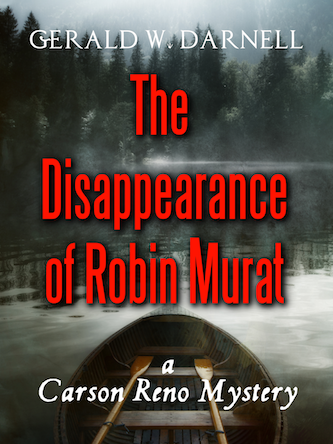 The Disappearance of Robin Murat

Carson has been hired to locate a client’s missing brother, and it quickly gets complicated.

Somehow the missing brother is linked to a gangster who has stolen thousands from the mafia, but that link isn’t clear. Carson’s search doesn’t turn up the brother, but it does turn up a body – the body of a gangster who was on a mission of murder.

It seems that the Memphis Mafia and the Memphis Police are also searching for his client’s brother. Finding him first becomes a real priority.

The pursuit takes him to New Orleans, where a whole new mystery unfolds, which puts Carson in some very serious danger.

Then, if possible, things get worse.

More bodies appear while the Mafia chases their money, and it seems people are not who they claim to be.

This old fashion crime story takes Carson Reno and his crew on a complicated adventure, where it seems the solution may be worse than the problem.

Join our Cast of Characters and come along to help Carson find the clues, search for the truth, and try to solve the Disappearance of Robin Murat. 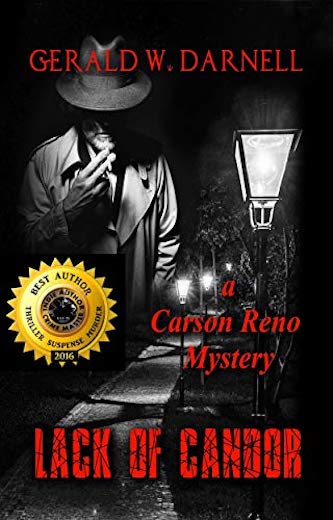 It’s spring 1962 and a Sergeant with the Memphis Police Department is found dead only hours before his scheduled testimony before a grand jury.

Was it suicide or was it murder? What was he going to testify about?

A handwritten note left by the Sergeant and addressed to the District Attorney disappears. What was in the note? Was it a suicide note with information regarding his pending testimony or something else?

A woman claiming to have information related to his planned testimony comes forward and seeks protection.

Carson is hired to look into the matter and provide protection to the mysterious woman, but protection from whom?

The situation gets out of hand quickly, and Carson finds himself in trouble with most everybody involved. A dark cloud hangs over the truth, as he tries to determine the ‘good guys’ from the ‘bad guys from the ‘bad – good guys’.

This old fashion crime story takes Carson Reno and his crew on a complicated adventure, where it seems that no one is looking for a solution.

Join our Cast of Characters and come along to help Carson find the clues and discover the truth, while he tries to understand why everyone has a serious….Lack of Candor.