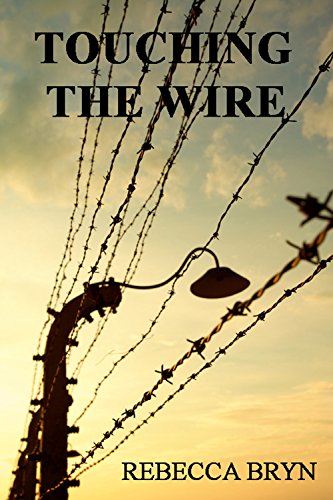 A fictional story of every man and woman interred in Nazi death camps throughout the Second World War, this novel is based on real events.

Part One – In the Shadow of the Wolf
In a death camp in 1940’s Poland, a young doctor and one of his nurses struggle to save lives and relieve the suffering of hundreds of women. As their relationship blossoms, amid the death and deprivation, they join the camp resistance and, despite the danger of betrayal, he steals damning evidence of war crimes. Afraid of repercussions, and for the sake of his post-war family, he hides the evidence but hard truths and terrible choices haunt him, as does an unkept promise to his lost love.

Part Two – Though the Heavens should Fall
In present-day England, his granddaughter seeks to answer the questions posed by her grandfather’s enigmatic carving. Her own relationship in tatters, she meets a modern historian who, intrigued by the carving, agrees to help her discover its purpose. As her grandfather’s past seeps into the present, she betrays the man she loves and is forced to confront her own guilt in order to be able to forgive the unforgivable and keep her grandfather’s promise. 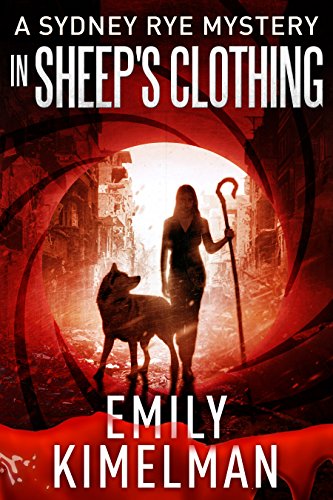 All that’s left of her is a depression in the dirt and a pool of blood.

Robert Maxim is ruthless, powerful, and determined to find her.

April Madden is a preacher’s wife and Sydney’s mother. She’s willing to risk everything…her sobriety, her marriage, even her faith, to hunt for her daughter.

But they can’t find Sydney Rye if she doesn’t want to be found.

ISIS has a new enemy, a ghost haunting their territory, infecting their flock with radical ideals. They will do anything to capture her. Their reign depends on this new prophet’s destruction.

Graffiti of a woman’s silhouette, set in a snarling wolf’s profile, appears in ISIS-controlled territory convincing Robert Maxim that Sydney Rye is alive. When women in the area begin attacking their abusers, he suspects Sydney is responsible. But Robert can’t believe she is involved after rumors claim a prophet, a weapon of God, has risen to free women from oppression.

April Madden hears the devil whispering to her; just one little cocktail to dull the pain. Instead of picking up a glass, she throws herself into a quest; track down her missing daughter, her only surviving child, and make amends. Traveling into the Islamic State is fraught with danger and thick with obstacles. April doesn’t have her daughter’s combat training or Blue, Sydney’s loyal, giant dog. But she does have her instincts, tenacity and the voice that whispers; your daughter is alive, don’t give up. 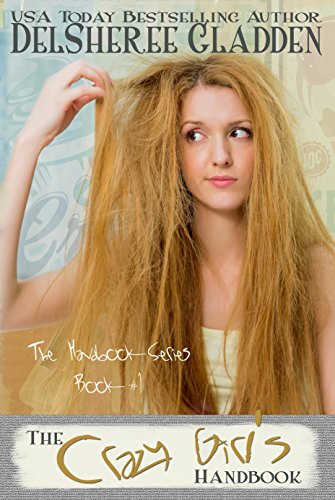 Watching her two nephews and a puppy named Thor for the weekend was supposed to be fun for Greenly Kendrick. Sweating to death at a never-ending baseball game while getting gum in her hair, soda down her shirt, and an ice cream pedicure wasn’t part of the deal. Neither is finding out the best blind date she’s ever stood up is there to witness it all.

Except it doesn’t stop at one crazy weekend. Embarrassment turns into mortification, a head wound, and being patch up by her amused knight in shining armor.

Roman Carpenter can’t help laughing at Greenly’s mishaps, but for some reason, he sticks with her through it all. At least, until his ex-wife shows up and starts causing trouble. What started off as a strange, yet promising relationship, might be able to survive spiteful exes, but adding in a stalker that puts everyone on edge and pulls the police into the mix, might push everyone past their breaking point. 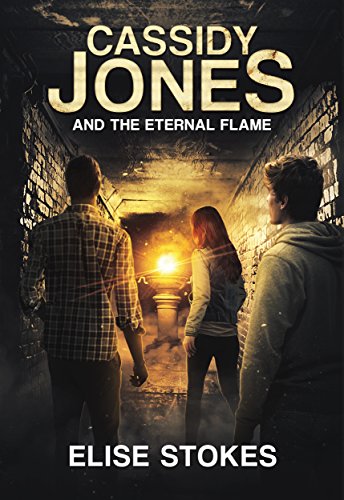 Cassidy Jones and the Eternal Flame

Some boundaries should never be crossed…

The diabolic Metal Woman takes three people hostage. Her ransom demand: the location of a mysterious and unprecedented weapon, rumored to have been a gift to the Third Reich from Vulcan, the Roman god of fire.

When a rescue attempt goes sideways, Cassidy Jones seeks justice. Her quest leads her to the Seattle Underground, where she falls into the grip of an inexplicable evil. Cassidy learns too late that her desire for revenge may cost the life of someone she loves. 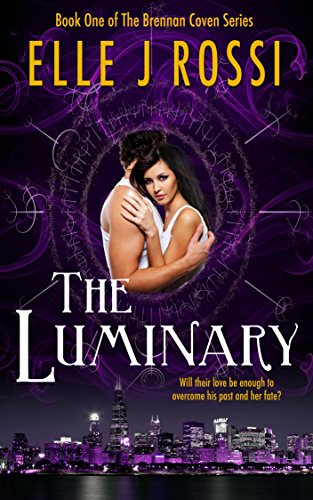 A witch running from death. A warrior seeking redemption. Only one can win a battle that may very well cost them their hearts and strip them of their souls.

When Meera Brennan learns she’s a Luminary, one of the most powerful witches in existence, it rocks her already fragile world. The revelation explains the disturbing episodes that made her question her sanity, but does little to soothe the sting of discovering her life is now at risk. To save herself and keep peace within the veiled community, Meera will have to hone her powers and brave an ancient realm to destroy the slayer’s magickal source. She alone must dispel chaos and ensure the balance of good and evil for all mankind.

Banished and stripped of his guardian powers because of a witch, Ghanem Adamo, former prince of the Saharren realm, receives a chance at redemption when his estranged father reveals an immortal battle destined to alter all realms. In order to protect the innocent, regain his title and reunite with his family, Ghanem must destroy the slayers’ source of power and bring down their terrorizing leader.

When the war against the slayers force Meera and Ghanem to work together, more than magickal sparks fly. Challenged by fate, can love survive a nefarious battle that can result in only one prize?

The Ninth District by Douglas Dorow, The Dead Game by Susanne Leist, Deadly Dominoes by Linda Pirtle, The Desolate Garden by Daniel Kemp, The Promise of Provence by Patricia Sands, Mai Lin: Another New Beginningby Gay Ingram, Murder a la Christie by Marilyn Levinson, The Long Shooters by Daniel C. Chamberlain, The Back Road by Rachel Abbott, Broken Wings by D. G Torrens, Scalp Mountain by Julia Robb, Heaven to Betsy by Pamela Fagan Hutchins, Flawed Gods by Angela B. Mortimer, Moment by Moment by Laura Taylor, Deadly Secrets by Angel Sefer, The Girl in the Dark by Susan Willis, Give the Lady a Ride by Linda Yezak, The Girl in the Time Machine by Debra Chapoton, Closed Hearts by Regina Puckett, Letters to Gabriella by Patricia Paris.