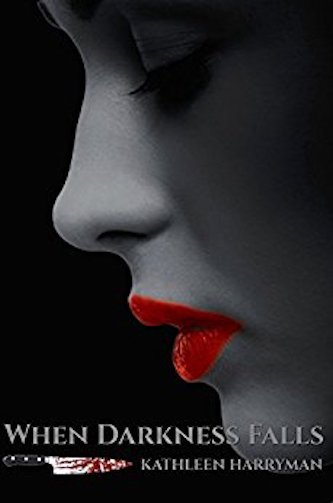 Follow the amazing journey of Tracy Bennett, an average middle of the road girl working on a make-up counter in a York department store with her close female friends. Or is Tracy quite what she seems…

Kathleen Harryman’s When Darkness Falls is a gripping account of a psychopathic killer. Written from the killer’s perspective, the intent and desire is perfectly compelling and holds the reader enthralled. Make assumptions, draw your own conclusions and then find your theories debunked as the story unfolds.

When Darkness Falls is a book that you will not be able to put down until the last page is turned, testament to the human fascination with the criminal mind and the debate over whether serial killers are either evil or mad. 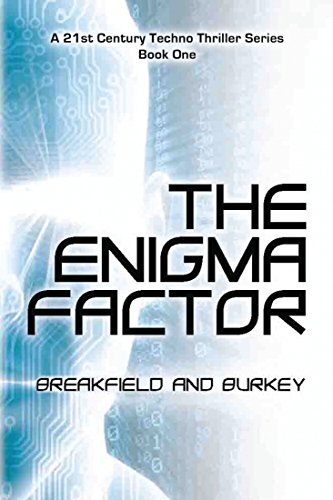 Rogue cyber-criminals want Jacob Michaels, a brilliant young programmer, to join them. He just doesn’t know it yet. Jacob has the brains, expertise, and programming methods to get them what they want without discovery.

With his best friend, Buzz, and a distractingly beautiful encryptionist in tow, Jacob enters the world of the Dark Internet here in the 21st Century where the computer is the weapon of choice! With the cyber criminals engaged in international hacking, it’s easy to have your identity slip through your fingers. No one, including Jacob, believes it when he learns he has been targeted. Jacob finds the space between cyber good and cyber evil difficult to navigate as well as highly deadly.

Jacob has settled into a quiet routine of a techno geek after his mother dies. The plans he made are disrupted when he discovers his life is in danger. He sets off on a mission that takes him into new technology views and exposes to him the inner-workings of unknown global technologists. Jacob learns that safeguards for technology are always evolving and being exploited. His challenge becomes how to keep ahead of the criminals and identify who to trust.

Book 1 of The Enigma Series brings relevant technology elements of programming, encryption, crypto-currency, and hacking to highlight the professional excellence of Jacob, more so perhaps due to his sheltered upbringing. Explore the horrific damage cyber criminals can inflict as the authors, Breakfield and Burkey, weave a complex tale of danger, intrigue, and international cyber combat in their debut thriller, The Enigma Factor. 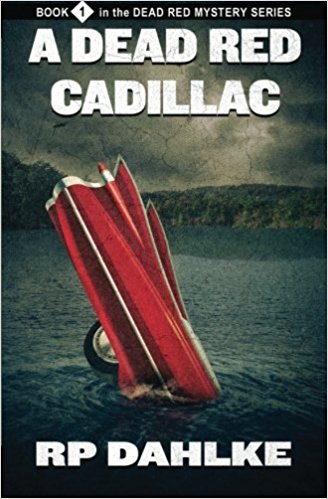 But when her trophy red ‘58 Cadillac is found tail-fins up in a nearby lake, the police ask why a widowed piano teacher, who couldn’t possibly see beyond the hood ornament, was found strapped in the driver’s seat. Reeling from an interrogation with local homicide, Lalla is determined to extricate herself as a suspect in this strange murder case.

Unfortunately, drug running pilots, a cross-dressing convict, a crazy Chihuahua, and the dead woman’s hunky nephew throw enough roadblocks to keep Lalla neck deep in an investigation that links her family to a twenty-year-old murder only she can solve. 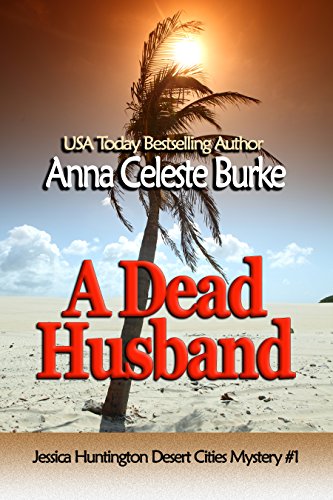 USA Today bestselling author, Anna Celeste Burke, brings you an unconventional sleuth hot on the heels of high-living lowlifes in book 1 of the Jessica Huntington Desert Cities Mystery Series. Even in a desert paradise, life is full of surprises like A Dead Husband.

“My first day as a sleuth was more Stephanie Plum than Miss Marple.”

Meet Jessica Huntington, an amateur sleuth with a shopping jones and a black AMEX card. She soon finds out that money can’t buy happiness or save your neck. Her well-planned life in shambles, she’s hiding out near Palm Springs, California.

When her best friend’s husband is murdered, Jessica and her friends are soon stalked by scoundrels in pantyhose, stilettos, Bruno Maglis, and Armani suits. Roger Stone had something that got him killed. What was it and what will they do to get it back? 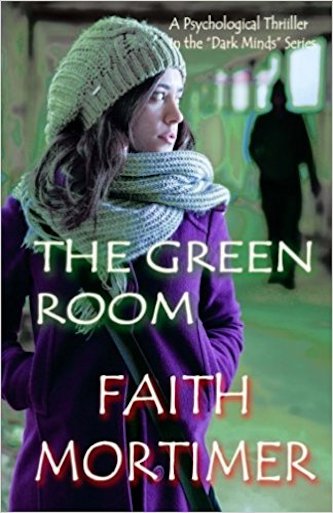 The Green Room by Faith Mortimer Ella, a thirty-five-year-old nurse, believes she has a good life: no money worries, a job she enjoys, a gorgeous apartment and an undemanding boyfriend…until one fateful evening when everything changes.

A young woman is found raped and strangled near Ella’s home. The latest victim in a serial killer’s rampage across Surrey. Ella’s boyfriend Michael, a police constable on the team conducting the investigations of the crime, pleads with Ella to be vigilant at all times…the killer is bound to strike again.

When a handsome, enigmatic stranger rents the empty apartment above Ella, the brutal death toll rises…but against her better judgment, Ella doesn’t listen to her boyfriend’s warnings about strangers until it is far too late… She is convinced that there must be a connection between the murdered women, and for some reason, it is all linked to the Green Room…