Do you want to know why an author wrote the book? 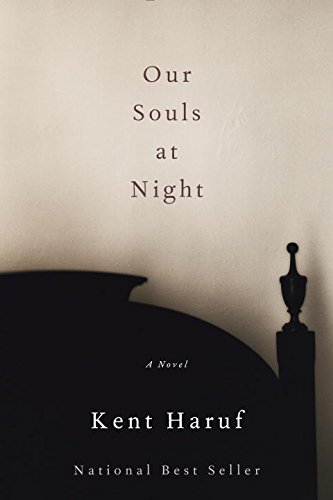 The other day I ran across Kent Haruf’s National Book Award winning novel, Plainsong. When I say I ran across it I mean I found it in the stack of books I return to from time to time.  That stack contains the books I love the most, the ones I go to to remind me what it is like to read words put together with magic.

Kent Haruf fans know that he passed away in 2014 after he lost a battle with interstitial lung disease.

Our Souls at Night was Haruf’s last book.  Here is the first paragraph:

And then there was the day when Addie Moore made a call on Louis Waters. It was an evening in May just before full dark.

That’s it. Two sentences that raise the whole bit about the story to come. I’m not sure if many people would view those few words as much of a “hook.” But they might if they knew the circumstances surrounding their creation.

What I have read about Haruf indicates he took a long time to write a book.  A long time like maybe six years.

He wrote Our Souls at Night in 45 days.

In other words he knew he had one last chance to distill his essence into written form.

Compare that to an author who writes because he has a deadline looming to submit his next draft, or who churns out books one after another because someone told him releasing a new book every three months is a requirement in the new world of publishing. That is the new world in which speed and volume of writing trump insight and careful reflection about eternal verities of human existence.

Haruf’s only deadline for his last novel was one imposed by his maker.

Perhaps that is the only important deadline any writer faces.

I am only about halfway through Our Souls at Night. Part of me wants to read all of it in a rush.

The other part wants to read it slowly, savoring every last morsel.

Sort of like a death row prisoner eating his last meal, bite by bite, ever listening for the warden’s footsteps.

how to write, Kent Haruf, Our Souls at Night, Plainsong, writers