Is there a difference between writers and street preachers? 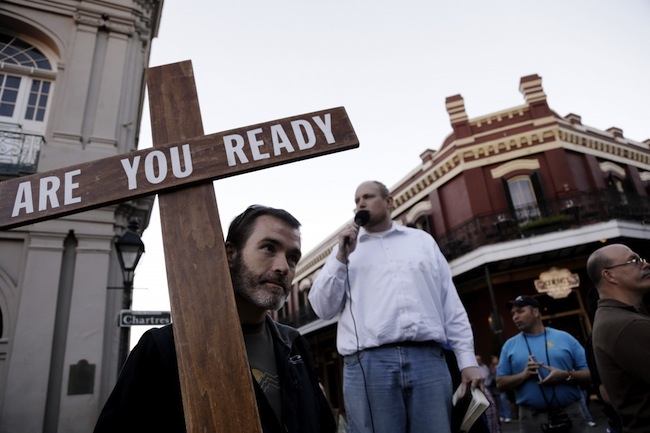 We all have a message and are determined to provide at least a few words to the world that’s passing us by.

THERE THEY STAND on street corners and sidewalks, in parking lots, and across from City Hall, and they all have a message. They hope –no, they pray – someone hears because the end is coming, the end is near, and the time has arrived to repent and seek redemption because tomorrow is almost upon us, and tomorrow may be too late.

And I’ve known them.

They are street preachers who deliver the words of God from the beginning of daylight until the end of daylight, from Alpha to Omega, in an effort to save the worthless souls of back-door, back-sliding sinners drifting past and trying to hide from the fires of hell.

That’s what they preach, these street preachers.

And sometimes in unknown tongues.

The end is upon us.

I got a sale on salvation, they say.

What if you die before the clock strikes another hour?

Where will you go?

And do you know how long eternity is?

I’ve listened to them.

I’ve talked to them.

I’m fascinated by them.

I even feature a street preacher in a new novella I’m writing: Lonely Night to Die.

They may be viewed as con artists.

But most aren’t selling a con.

Some preach because they love mankind.

Most preach because they are stricken from guilt, can’t run from their own conscience, and hope to save themselves by saving someone else.

“They look homeless,” you say.

Some will preach all day, then preach again at any gospel mission that serves up hot soup and drops a little ham among the beans.

“They’re not quite right,” you say.

It takes a special breed to preach straight from the heart all day while thousands walk past and never listen, never hear, never repent, and are always walking on a dead-end path that’s one day closer to the end time than they’ve ever been before.

Their bibles are old.

They don’t preach from those scriptures anymore.

Their words have been used before.

Their words have all been said before.

But the plots seldom do.

Praise be the name of the Lord.

This week, a fine writer and a good friend of mine made me realize that we indie writers, turning out book after book, writing story after story, are little different from the street preachers.

Author and noted speaker Don Newbury commented on a blog I wrote.

He said: Reminds me somewhat of street-corner preachers near the courthouse where I grew up. They didn’t, and never would, have a church, but they had a message, and they had to provide at least a few words of each to the world passing by….

We keep writing for one reason.

We have a message and are determined to provide at least a few words to the world that’s passing us by.

But we’ve told the story.