Daily Review: Deep within the Shadows by Teresa J. Reasor 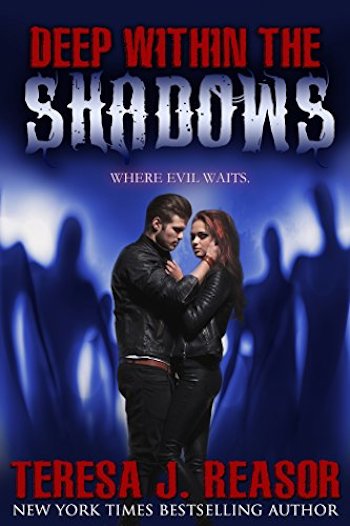 An outstanding urban fantasy with strong, well-developed characters and a plot that combines contemporary thriller with Wiccan magic and the evils of black magic.

Twins Miranda and Juliet Templeton have been haunted by childhood trauma their entire lives. One has the reputation for being bold and rash, the other compulsively responsible. When both are viciously attacked within minutes of each other, they are forced to leave their differences behind in order to survive.

Caleb Faulkner has always loved Miranda Templeton. Her letters to him, during his deployment gave him a slice of home to hold on to. Even though they’re finally together, something is keeping her from acting on her feelings. When she and her sister are injured Caleb’s driven to protect them both. But all his military training can’t help him combat this danger.

Detective Chase Robinson is lead investigator for the murder of Tanner Newton. When the two hired thugs responsible for Tanner’s death are killed and Juliet, his only witness, nearly strangled to death, Chase is certain the crimes are connected. He decides to stay close to the twins so he can catch the real killer.

But his police training is useless against his growing feelings for Juliet and what’s hiding Deep Within The Shadows.

So, SO awesome. I have loved every book that I have read from Teresa Reasor, so I was sure I would love this one but I never imagined how much! Deep Within the Shadows is an outstanding urban fantasy with strong, well-developed characters and a plot that combines contemporary thriller with Wiccan magic and the evils of black magic.

Juliette and her twin sister are witches but they abandoned their Craft after IT happened while they were in high school. Now it looks like they have no choice but to return to their Wiccan origins to protect themselves and their friends from an incomprehensible evil. Juliette and a friend were first attacked by a couple of druggies, so Juliette stayed away from Miranda in case they came back.

The new attacks, however, are by some kind of monsters created by spells and they are attacking both twins. With no clue who is creating this dark magic or the reason for it, the only way the women can fight back is with the skills of their own Craft.

Trying to do to THAT without being caught isn’t going to be easy especially with a suspicious detective keeping an eye on the case.

This was like the movie The Craft on crack. Wicked and creepy it was. If you haven’t gathered this is a paranormal book. I’ve honestly only read Teresa’s military books so this was definitely different.

This is a story about twins that each have the gift of witchcraft but neither has used it for a long time due to something traumatic from their past.

But when really scary things that come out of the shadows start terrorizing them and harming and killing others they have to call up their magic to not only save themselves but the two men who’ve come to care about them.

I thoroughly enjoyed this spooky story and it was nice having two main couples instead of one.

Please click HERE to find Deep within the Shadows on Amazon.