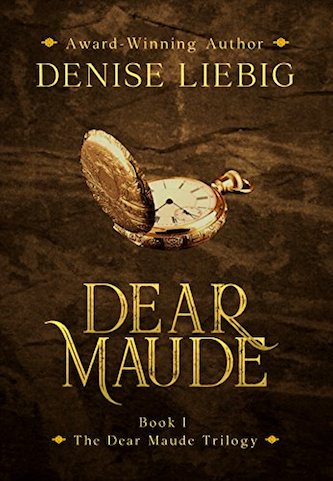 Upstate New York, 2012. Emily Stanton, a sociology major, graduates from college and is obligated to work for the mysterious company that funded her education. But a job with Evergreen Research Corporation is not what she expects. From fancy balls and operas to corsets and kid gloves, Emily learns to be a specialist in 1910 society.

In the process, she finds herself fully immersed in the lives of wealthy aristocrats and industry leaders, whose thirst for power leads them to manipulate everything, including time. Thrust into this strange and dangerous world, Emily becomes their most important asset.

Unable to trust her coworkers or her surroundings, however, Emily finds herself alone–with her very survival in the hands of a handsome stranger, Wendell Beringer. Unfortunately, Emily soon discovers that he has a few secrets of his own. Can she trust this man or the feelings she develops for him? Only time will tell.

Follow Emily’s unexpected journey, where journal entries to her deceased aunt and the powerful secrets they contain, become her only link to the life she once knew and the future she must choose to follow.

In 2012, Emily Stanton’s living situation at college is an interesting one. Laced with hidden mystery, Emily has a four-year scholarship. Her roommate is a wealthy school girl named Sophia. Emily is a smart student who loves her parents, and she has the natural ability to get good grades.

The terms of her scholarship state that after she graduates, she must work for the mysterious company, Evergreen Research Corporation. Before graduating, Sophia introduces Emily to Gerd as well as Sophia’s father named George, the prestigious yet deceptive Lord Winston.

Every now and then, Emily writes in a journal to her deceased aunt named Maude because while Maude was alive, Emily adored her. (Maude had died when Emily was fifteen.) The story is filled with charm, 1910 waltzes, beautiful gowns, wealthy balls, tender loving romance, social etiquette, a mystery from 2125, and a touch of humor.

About halfway through the book, time travel becomes more entertaining. A super ending brings it all together.

Denise Liebig gives excellent detail for each scene in first person narrative. She does a very good job of keeping the reader in mind while unfolding the story. The pacing and rhythm is just right. Beautifully written, this story brings time travel to life. Denise knows how to keep the mystery going. This story is elegant and entertaining.

Not able to afford college tuition, Emily Stanton accepted a full scholarship from Evergreen Research Corporation, with the understanding that, after right after graduation, she would have to spend the next four years working for them. Which didn’t seem like such a bad idea, until she graduated. Now, the thought of spending fours years away from Mom and step-father seems like too much of a sacrifice. But that’s just the tip of the iceberg she is soon to uncover.

I thought the advancement of the plot was unique by the use of Emily’s journal, which she calls Maude, named after her grandmother’s aunt, who had a somewhat eccentric personality for her time period. This all ties in together at the end. I found myself drawn into the story, waiting with expectancy, as Emily found out what Evergreen Research Corporation really stood for, and their intended use of her knowledge and expertise.

I also found my head spinning, just like Emily’s, as she was confronted with the past, present and future, all at the same time. My favorite scene is while Emily is brushing her horse, Estelle, and she breaks into an air guitar recital with the brush, then Wendell Berringer walks in. Well, you had to have been there.

I found this a very entertaining tale and look forward to book 2. There is no bad language or sex scenes, so anyone who enjoys a light, time travel fantasy should enjoy this book.