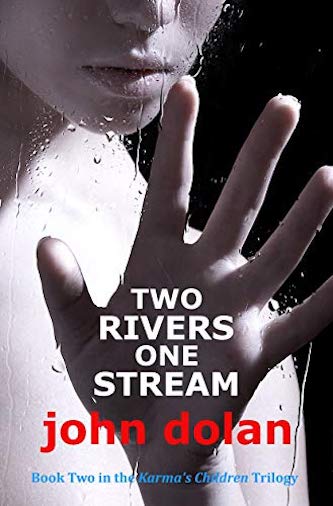 Dolan’s writing in a psychological thriller is captivating. It is the stuff of poetry.

On the Thai island of Samui, widowed private investigator David Braddock is stuck in a rut. Spending his days pandering to disreputable clients and his nights engaged in meaningless sex, this is not the life he had envisaged for himself. It passes the time, but it is hardly exciting.

Professional assassin Ross Gallagher has the opposite problem. He is sick of excitement. Years of traveling the world murdering strangers have taken a toll on his mental health, and he wants a different kind of existence before it is too late.

I only have two basic rules when it comes to determining whether or not reading a novel was worth my time.

Could I feel the raw emotion that motivated the characters?

Was the author able to jerk me inside the story and allow me to be a witness to each scene as it unfolded?

Boy, did he deliver.

I walked the streets with David Braddock, a private investigator in Thailand.

I thought as he thought.

I became as depressed at his life as he did.

David Braddock lived in a world where good people were usually not as good as they appeared, and the bad people were worse than I feared.

His was a world where a beautiful woman could always be found.

He seldom spent his nights alone.

But where was love?

Did he want it?

Did he need it?

Could he even recognize it anymore?

Braddock never knew what kind of case the next phone call would bring him?

He had no idea it would be a frantic call from his daughter.

He had no idea she had killed a man.

And a precarious journey begins through the bad streets of a bad town.

Could I feel the fear?

Did I sense the dread?

Did the story grab me by the throat?

See how it grabs you.

Her gaze still fixed on the doorway, her fingers explored the top of the bedside cabinet until they fastened around a large kitchen knife. Holding the knife in front of her, she moved stealthily towards the light. Beads of sweat had broken out on her forehead. She made an effort to breathe silently, but her near panic made this difficult. The blood thrumbed in her ears.

Writing in a psychological thriller doesn’t get any better than that.

John Dolan’s skill with turning a hard-boiled detective story into literary fiction reminds me of the classics penned by Raymond Chandler and Dashiell Hammett.

There is a dark beauty in his prose.

It is the stuff of poetry.

Suddenly you want to escape the scene.

Dolan has drawn you in too tightly.

Whether any of you survive depends on Braddock, and he is a weary and tormented soul who has already fought too many battles and beaten the odds too many times.

One more assassin stands in his way.

The blood on his hands has long dried.

He is tired of killing strangers.

Both men have a conscience.

But for too long, the lines between good, bad, and evil have all been blurred.

They both occupy the same black hole.

But only one will climb back out of it.

As one scene, as each fear, fades into another, Dolan slowly and methodically turns the detective novel into an art form.