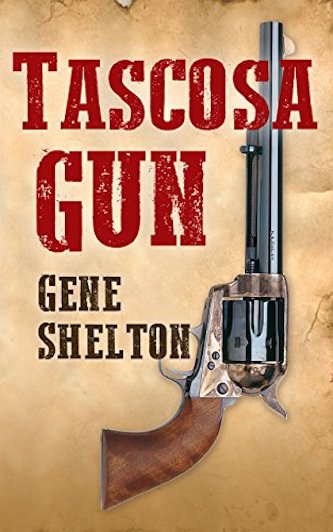 Jim East was a working cowboy on the LX Ranch in the Texas Panhandle, just trying to earn an honest living, when his plans took an unexpected turn. While trying to solve a rustling problem for the LX, he was recruited by legendary lawman Pat Garrett to join a posse of tough men to find and arrest outlaw Billy the Kid.

When he returned to Tascosa, he was elected sheriff of Oldham County, charged with keeping the peace in the growing community and its population of gunmen, shady gamblers, rustlers, and thieves in a rowdy, hard-drinking town.

But the job got even worse when two factions—the cowboys and owners of small ranches and the powerful cattle barons who ruled the Panhandle—were gearing up for an all-out range war. And Jim was caught in the crossfire of the conflict that threatened to rip his town apart in a bloodbath that would make the Lincoln County range war look like a simple barroom brawl . . .

I have always been fascinated with history and, in particular, the great American West. It took a special breed of people to travel into a vast unknown region and make a life for themselves. It was a hard life, and it took a stubborn and fiercely independent kind of man and woman to civilize a country that never encouraged them to come and dared them to stay. They civilized the land, but they never tamed it.

No one captures the spirit of the West with more authenticity than Gene Shelton, whose name should be synonymous with such legendary Western authors as Zane Gray, Max Brand, and Luke Short. But here’s the difference. He writes better and tells a much better story.

Tascosa Gun is the fictional account of a real-life cowboy, Jim East, recruited by the legendary Sheriff Pat Garrett to track down notorious outlaw Billy the Kid. As East tells him, “I’m a dollar-a-day cowpuncher, not a manhunter. I hate it as bad as any man when somebody steals stock from a brand I work for, and I’ll throw down on them if I catch them at it But I’m not a gunhand.”

But there was a job to do, and East was not the kind of man to turn his back when duty called him. He served with Garrett and returned home as the law in Tascosa. He found himself stuck in the middle of a bitter range war as cattle barons sought to drive out the owners of small ranches. And before the gunsmoke cleared and faded away, East was a gunhand.

Tascosa Gun is a story as old as those in biblical scriptures: he strong taking up arms against the weak, the rich taking advantage of the poor in a time when unexpected heroes stood tall because men would rather die than run. Such a man was Jim East.

The novel may be a work of fiction, but it rings true. That’s Gene Shelton’s style. He has the rare ability to take a nugget of truth and turn it into a story that’s as big and grand and defiant as the Texas Panhandle. It’s a story that could only happen in Texas, a story that only Gene Shelton could tell.

By Ian B. Cooper

I bought this book in an attempt to read all I could about the events in Tascosa in March 1886, when a relative of mine was involved in a gunfight there. I’m not really a fan of the Western genre, but the book drew me in because of the depth of detail and complex characters that the author creates.

What amazed me most of all was how close the author gets to the facts, yet this attention to detail is achieved without letting the reader become bogged down – here, facts serve the story rather than getting in the way. And what a story it is! Cattle rustling, dirty politics, gunfighters, small-time crooks, big-time cattle barons, a cowboy strike, self-serving lawmen, jealousy, betrayal, revenge. It’s all here, and Gene Shelton gets to the complex truths of the matter.

For those who enjoy the genre, this is a must-read. For those who like to read about Old West history, this book gets closer to the reality of these events than many history books do. I guess that shouldn’t be too surprising since Gene Shelton is from the area and has worked on ranches and as a journalist for the Amarillo newspaper that featured many stories about Tascosa.

The author does a fine job featuring a real life lawman in a real old west town.

Tascosa for a few years was *the town in the Texas panhandle where real life cattle ranchers and cowboys struggled for law and order, in a world of rustlers and cattle barons who didn’t pay the pokes who did the work a decent wage.

Pat Garrett and Billy “The Kid” are two of the real people who lawman Jim East has to deal with. Then there’s trigger-happy pokes, powerful railroad companies and barbed wire to screw things up.

This is a chance to read how things *really happened” in one area in the old west.