This novel has so much tension that it kept me wanting to read more, worried for the characters and their fates.

Lambeth Group agents, Zoe Tampsin and Gavin Shawlens, prepare to investigate the unusual death of a government defence scientist. Someone is determined to stop them before they get started. Zoe uncovers two unfamiliar words, Tabula Rasa. The only other clue is the curious behaviour of the dead scientist’s son, Ramsay. 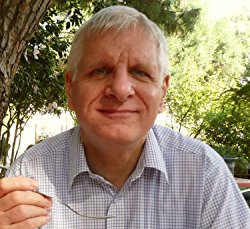 The story starts with a torture of a woman who we think is Zoe Tamsin, but ends up being her friend, who a group of professional brutes confused her with. A story of revenge and striving to survive unfolds, driven by a very persistent, stubborn Zoe, her colleagues, among which stand out particularly her brother Michael, and someone she begins to develop a crush on, Gavin. Of course, there’s also finding out what the group that wants Zoe dead are after and what the Tabula Rasa really is.

I usually don’t read thrillers and such action-packed novels, but I have to say that I fell in love with this book. Especially Zoe as the main character. I loved her bad-ass-ness. She’s a really well developed main lead – hats off to the author. I will always remember the part when she was almost drowning in the sea and conversed with goddess Athena before her military persistence to survive kicked in.

This novel has so much tension that it kept me wanting to read more, worried for the characters and their fates. But there’s not just action, there’s also the pondering about the future of humanity, the vain efforts to save the planet, and the ideas of the ruling groups that always try to do something sinister under the mask of salvation.

I was so taken with this novel that I devoured it in just a few days. Therefore clearly – I highly recommend it!

Having read all of the previous installments in this series, I immediately grabbed “Tabula Rasa” as soon as I saw it hit the shelves. And as always, it didn’t disappoint.

This time the storyline concentrated mainly on Zoe, a former military commando now working for the government, with Gavin Shawlens as her sidekick. I actually welcomed such a change for two reasons: one, I got even better acquainted with Zoe as a character, and two, the plot was even more fast-moving and enthralling due to the reader following Zoe from one dangerous situation to another and masterfully outwitting and eliminating her enemies in her way.

This time Zoe and Gavin are facing probably the toughest of tasks they ever had to encounter: a secret society with an English noble family as its head decided to take charge of a declining situation in the world and start with a clean slate, and the sooner Gavin and Zoe find out the meaning behind this “clean slate” the sooner they can stop the mastermind behind it…

As always, there was never a dull moment and I couldn’t turn pages fast enough. Definitely a must read for all lovers of the thriller genre.