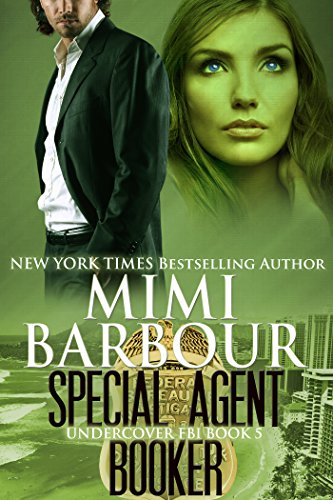 Suspense lights up on every page of this fast-paced blockbuster of thrills.

When Sloan Booker’s father dies tragically, he has no other option but to give up his job as an FBI agent and take over his family’s vehicle restoration business in Oahu, Hawaii. Giving up his badge is difficult but having Homeland Security and his old boss request the use of his house in a stakeout, spying on his Muslim neighbors who they suspect are terrorists, is just too damn much for a man already frazzled. It makes no difference that they’ve offered him a partner to be in charge of the surveillance… until he meets the gorgeous divorcee.

Special Agent Alia Hawkins might look more like a model than a cop but looks can be deceiving. Not only does she rescue street kids, fights their battles and transports them to safe homes, but since she lived many years in Pakistan and speaks their language, she’s a sought-after agent. So far, she’s kept her personal life and job separate.

But when Alia’s slimy ex-husband threatens to steal her eight-year-old son, she has no choice but to bring him along on her latest undercover assignment – living with a hotshot, sexy as hell agent as his long-lost stepsister. Her life suddenly takes some drastic swerves and she wonders if things will ever slow down.

Always love reading Mimi’s books. And this one does not fall. The story moves fast with five different things happening But not hard to follow, more like real life when things go a bit haywire.

Luckily, we in real life are not undercover for maybe, maybe not terrorists, a gang war, a 60 years old falling out if a tree, a little bit and a sweet Kitty, ex-husband trying to cause mayhem, two dads, missing cat, found cat buy future dad has a fear of fear of needles.

As you sort it out you just have to chuckle. Mimi can spin a tale that intrigues you, makes you smile, and want more. You want every book to be longer to not end. And you never want to say goodbye. Mimi’s books a are like you are right in the book. Good book.

A story of the FBI doing surveillance on a possible terrorist group is more a story of the complexities of family and friends in the 21st Century! Sloan Booker was raised by three Dads, Alia Hawkins is orphaned and adopted and raised by two middle-aged people who never show her affection.

She, in turn, is raising her eight-year-old son, Kean, with a nanny, Ruby, who is a former street kid. Ruby and Alia have a side job of rescuing and helping street kids “find a way out of the messes they’d unfortunately gotten themselves into”.

Sloan and Alia are FBI Agents brought together by the surveillance mission. They each have their quirks, and Alia’s personality is a little strange; she’s open and lovingly demonstrative to everyone but her son. She does love her son, so it’s a little confusing why she acts this way!

A refreshing quality of the developing relationship between Sloan and Alia is their lack of game-playing. The many characters in this storyline are unique and complex and interesting!

This is a heartwarming love story with twists and turns and surprises; an enjoyable, feel-good read!