Daily Review: Someone in the Water by Katie Mettner 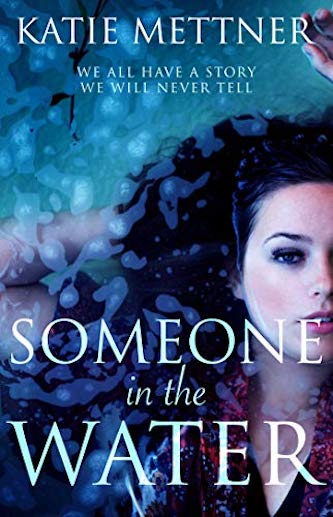 Spring has a unique gift of seeing the dead and helping them cross over.

Spring Lewis knew death. As a nurse in the ICU, she had experienced more than her fair share of it. The difference was, unlike most people, she was acutely aware not everyone who died stayed in the afterlife, including the eight kids calling to her from the river.

Vince Roundtree had devoted his life to music. As the tuba professor at the University of Hedgeford, he spent his days shaping the lives of young people, and his nights walking along the river on a journey to find true peace.

On a rainy spring evening, their lives intersected in an unexpected way. Their chance meeting set them on a path of forgiveness, understanding, and acceptance, but they didn’t see the danger lurking in the shadows.

Eight determined souls convince Spring to break her silence about the people in the water. While the scandal burns, death comes calling for her, and it will be up to Vince to save Spring from certain death before time runs out.

Spring has a unique gift of seeing the dead and helping them cross over. When Vince strolls into her life one night her life is thrown for a loop.

Vince is sweet, loving and human. What I mean is he’s human and not the perfect male specimen you read about in most stories. I love when the characters have different flaws other than being the cocky egotistical male.

Spring is strong and she doesn’t realize how much. Her strength helps her throughout the story, with Vince and helping the dead crossover. She has a giant heart and her character is quite enjoyable as she navigates her new and old lives as they coincide.

The mystery, wow, just wow. I was enthralled and guessing left and right “who done it”. Not only did Spring and Vince’s romance have me enthralled in the story, but the mystery thrown in is fascinating and you won’t want to put your ereader down.

If you enjoy a romantic suspense with a touch of paranormal I highly recommend digging in and devouring Spring’s Eternal Song!

This was an unusual story that held my interest all the way through. Spring has an extraordinary ability – she can see and hear dead people (but only when they’re in a certain state of death – you’ll have to read the story to get what I mean).

Spring’s gift brings a lot of internal strife, but it also brought her Vince. As their relationship grows, the ‘gift’ causes emotional mayhem and most guys would’ve hit the road. Vince stayed and revealed his own bout of emotional chaos.

Together, they have a lot to deal with. The author did a fantastic job of creating two characters who felt real and she wasn’t afraid to deepen their situations to the point it was almost too much for them to bear.

There are some twists, special nuances, and sensitive subjects within the story that I truly loved. Some of the secondary characters won my heart too.

Katie Mettner is one of my favorite authors to read when I need to feel good about the world and experience a sweet romance between dynamic, easy to relate to characters. This book was a little different from the previous books I’ve read by her but it still had her amazing style.

Spring is an ICU nurse and spends most of her time alone in self imposed isolation because she has the ability to see dead spirits and has been made to feel that it is a horrible thing by those who were closest to her.

I was immediately drawn to her because she has a hard enough time dealing with this ability and how to use it but she feels like she has no one to turn to because her family made her feel that she was a horrible person because she could do this. She always walks home from work through the park and she never expected that something so ordinary and routine as a walk in the park would change her life.

Vince loves to walk through the park at night and use that time to think. He has his own struggles with his family and trying to grow personally but he is really struggling with being alone. He and Spring have a chance meeting in the park and instantly connect.

Neither really date much but decide they want to explore the connection they have but the more they hang out the more Spring get nervous about sharing her abilities with him.

When more and more spirits present themselves to Spring seeking her help she has to make a choice between being honest with Vince about her abilities so that she can help them and still grow their relationship or let her fear rule her emotions and run away from her relationship with Vince.

Vince and Spring’s story is a story of courage, love at first sight and unconditional love.

Please click HERE to find Someone in the Water on Amazon.