Daily Review: The Skeletons of Birkbury by Diana J Febry 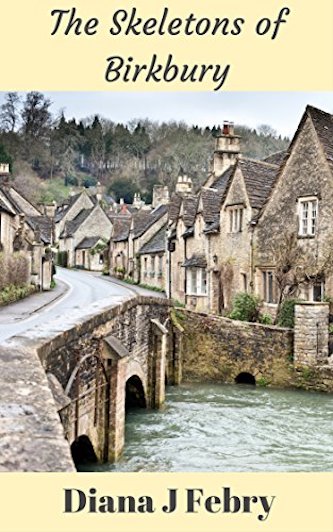 When the first dead body turns up buried in the yard, investigators stumble upon a string of murders going back decades, all interconnected.

When the body of a teenage girl is discovered, the villagers of Birkbury close ranks to protect their secrets.
Gossip turns to fear and suspicion as they realise the killer is one of them and is prepared to kill again.

Beneath the good manners and polite smiles, DCI Hatherall discovers deep-seated resentments and family feuds going back decades. The stakes are raised when another girl goes missing.

Will the police uncover the killer before it is too late? 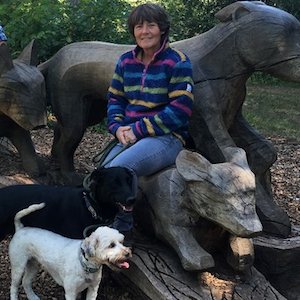 The Skeletons of Birkbury by Diana Febry is my second DCI Hatterall mystery although it is the first book in the Peter Hatherall Mystery series.

Peter Hatherall and Fiona William’s job is made that much more difficult by the reluctant, stubborn, back-biting, gossipy, secretive and indifferent locals. Chasing lead after lead to fruitless ends, the trail starts to grow cold until an accident to one of the chief suspects reheats the investigators’ determination to find the killer or killers.

There is small town charm seeping through every word of the book. There is a town full of interesting and intriguing suspects that are filed out before the reader, keeping one guessing, leaning towards hunches and biases.

And to top it off, the author brings the reader directly into the world of the detectives, the motivations and troubles in Peter and Fiona’s private lives that make solving this case problematic, and yet a distraction, sometimes a welcomed distraction.

This is a great murder mystery and the author was just getting warmed up. I look forward to reading the rest of the books in their proper order.

The author is clearly having a little fun with British social mores and culture. She sets her crimes in a small town where class distinctions and rivalries go back generations, as do the secrets and lies and cover-ups and political intrigue.

Of course, everything is held together by typically good manners and false smiles, all very British. Until the whole house of cards comes tumbling down when the first dead body turns up buried in the yard, in this case under the roots of a big old tree toppled in a storm. And now there are a string of murders going back decades, all interconnected.

And because this is England, where refusing to tell all and distrust are ingrained in society and in the people, all of whom clam up around the police and get even shadier than normal… and, well, you can see why this is a fun setting to stage a series of mysteries.

And everyone is corrupt and covering up something; whether it’s relevant to the two detectives on the case is left to be seen. Provided they’re smart enough to sift through all the obfuscation.

The two detectives, one female, one male, are generations and lifestyles apart, so they bring fresh perspectives to the case and play off one another well.

This is a good solid mystery that reminds one of the long-running TV series with a similar setting, entitled, “Midsomer Murders.”

Please click HERE to find The Skeletons of Birkbury on Amazon.