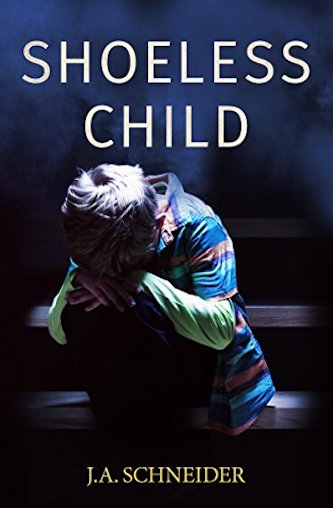 A psychological murder mystery that will have you rushing to the end, only to be blown away once you get there.

A little boy has seen a horrific murder but is too traumatized to speak. Detective Kerri Blasco struggles to connect with him…

Charlie Sparkes peeks out to see his mother and another young woman brutally shot. Hysterical, the brave child bolts into the cold November night for help. He screams and cries, only to fall into more trauma.

Homicide Detective Kerri Blasco is called to the murder scene. One woman lies dead next to the blood soaked rug where Rachel Sparkes was seriously wounded. With little memory of the attack, she has been taken to the hospital – but where is her child? He too, Kerri discovers, now lies in a hospital bed, mute and traumatized in a fetal position, refusing even food and water.

Charlie must have seen what happened. Kerri’s heart aches for this piteous little boy and she struggles to help him; struggles, too to find the monster who did this horrible crime. “It’s your kind of case,” Sergeant Alex Brand, Kerri’s boss and partner tells her, stepping up police urgency when another innocent is shot, and then another…

Kerri Blasco finds herself more emotionally obsessed with this case than with any other, despite clear and onrushing danger to herself…

A terrified 5-year-old boy runs into the street, wanting to cry and scream. He has just seen sudden and vicious violence that has rocked his security.

Going from a happy, active child to a mute, hiding-inside-himself traumatized victim, Charlie is bereft. Detective Kerri Blasco has too much empathy for a cop who sees so much misery. She manages to connect with little Charlie in ways even the pediatric psychiatrist cannot.

Kerri’s partner and love of her life, Alex also connects well with Charlie, and they are going to need Charlie’s help to find the killer of a young woman, friend of Charlie’s mother, Rachel.

The characters in Shoeless Child are quite the variety, some likable, some not so much. There are lots of suspects, and the murders keep happening. The police interaction and investigative skills are well defined, and the pace of the story is fast.

The twists and surprises make it hard to guess the killer’s identity, which ads to the suspense. An engrossing and entertaining read!

A vicious attack. One dead, another severely wounded and a child so traumatized by the events that he can no longer speak.

These are a few of the circumstances that savvy New York detective Kerri Blasco faces in this newest installment by author J.A Schneider. Taking place some time after “Watching You”, Blasco is back in service after an imposed desk stint and psychiatric evaluation.

When she and her partner Alex are called to the gruesome scene awaiting them in a shabby tenement block, Kerri realizes that this will not be an open and shut case. The sole witness, a five-year-old boy, is so traumatized that he is in a catatonic state and little signs of snapping out of it.

With an unclear motive and many suspects, Kerri has her work cut out for her. When the suspects start becoming victims, she realizes that her time is running out.

Kerri must juggle her time between protecting the victims and chasing down leads before she becomes the killer’s next target.

The great thing I have found with J.A. Schneider’s books is that while, Shoeless Child is the fourth novel featuring Kerri Blasco, each book works well as a stand-alone read.

Each installment thus far has been treated like a separate case or a separate day in the life of Blasco and her team instead of being mired in backstory. I like that approach.

For this particular case, Kerri is faced with a brutal murder and a broken child all in one fell swoop. Little Charlie is devastated and traumatized to the point that nobody is getting through to him, but somehow Kerri finds a way to break through and earn his trust.

When that happens, valuable pieces of the puzzle start falling into place and the bigger picture is nowhere near what she had envisioned. The twist that Schneider includes is so genius and utterly unexpected, it’ll have you re-reading parts of the story to see if you missed any subtle clues.

Shoeless Child is a psychological murder mystery that will have you rushing to the end, only to be blown away once you get there. I am putting this one on my list of books to revisit again in the future. This is a definite “To read and to read again!”