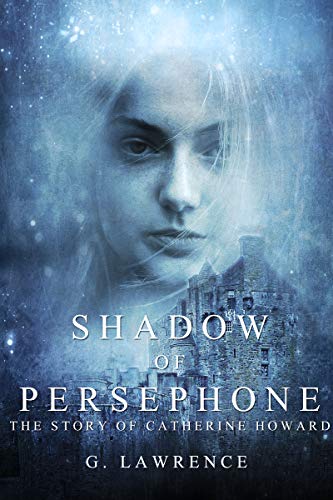 The story of a strong, very versatile and rather clever young woman who was doomed to die.

A young woman awaits her execution in the Tower of London, sent to death on the orders of her husband, Henry VIII.

Daughter of the nobility, cousin to a fallen Queen, Catherine Howard rose from the cluttered ranks of courtiers at the court of Henry VIII to become the King’s fifth wife.

But hers is a tale that starts long before the crown was placed on her head.

A tale of tragedy and challenges, predators and prey; the story of a young girl growing up in a perilous time, facing dangers untold.

The fifth wife of Henry VIII would end her life on the block, like her cousin Anne Boleyn…

But where did her story begin?

I have read many of G. Lawrence’s historical fiction novels, I’m hooked from page one a day this novel is no different!

I have to say I really love how she portrayed Catherine Howard Henry the 8ths 5th queen. Most novels I have read on this queen, she is portrayed in a very stupid and frivolous manner. G. Lawrence portrays her as a strong, very versatile and rather clever young woman.

I am anxiously awaiting the second book in this series.

I wanted to find out more about Henry VIII’s fifth wife, and I was not disappointed with this book. I can really recommend it. I’d read a lot about all of the wives, but Catherine seemed to always have a smaller part.

Yes, she was young and married to the king for the second shortest time (after Anne of Cleves), but her back story and how she become the woman that she was is really interesting.

Author Lawrence’s writing style flows elegantly with vivid descriptions of the time. Being an independent scholar myself, I appreciate the tremendous amount of research that went into this book.

It digs deeply into the pre-#MeToo days of how women were treated as property and abused at the drop of a hat.

I now have a much greater appreciation of this young girl queen. This is a must-read book for many readers.

I knew very little about Catherine Howard and her ties to her more infamous cousin, Anne Boleyn, before picking up this novel.

Author G. Lawrence seems to know her stuff about this tumultuous time period and the political players; it shows in the depth of her characters.

This particular story about one of Henry VIII’s wives is from the point of view of a young Catherine Howard, up until the time the king married her.

As I read the book, I said a little thanks that I get to live in a modern age where women are (for the most part) free from manipulation.

The sad fact about the court of Henry VIII the author makes clear is she didn’t have to invent this drama, which made me wish for a little more frivolity.

I read her endnotes first and appreciated knowing her approach to the story in advance.

A great read about Tudor history and the wives of Henry VIII.

I look forward to reading more from this author.

Please click HERE to find Shadow of Persephone on Amazon.