Daily Review: Sentinels of the Night by Anita Dickason 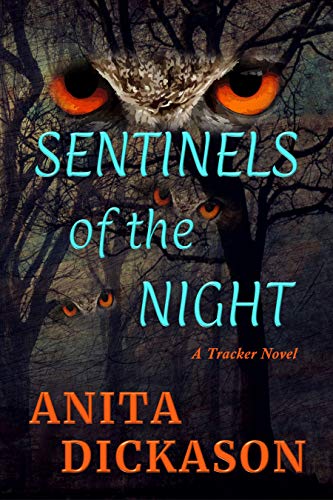 A riveting high stakes read which cleverly fuses a police procedural with the allure of paranormal fiction.

They ride the night wind and hear the cries of the dead.

After a deadly shootout in Texas, FBI Tracker Cat Morgan heads to Washington, D.C. Her plan for a boring trip quickly goes awry when she stops in Clinton, MS., and stumbles across a woman’s body with a weird symbol carved on the forehead.

Kevin wants her out of his investigation and out of his town. When a second body with the same bizarre symbol turns up, Kevin is forced to accept Cat’s help. A serial killer is using his town as a hunting ground, and the body count is rising.

When the killer fixates on Cat for his perfect sacrifice, even her arcane secrets may not save her.

Anita Dickason is a member of the Authors Marketing Guild.

I really liked the premise of a supernatural task force and very much liked the characters that come together to form it.

Quite often it’s the protagonist that makes a good read but with Sentinels Of The Night, the supporting characters are equally as good and well developed which really adds depth to the story-line.

The other thing I like about the book was the pacing. It quickly picks up momentum and keeps going to the end without any dull moments.

Finally, you can tell that the author has considerable experience in the field of law enforcement and investigation and this makes for a far superior read and one which I think many fans of the genre will appreciate.

As an avid fan of FBI thrillers, this was such a fabulous read. Ms. Dickason draws you in and keeps you riveted from page one. Her background and knowledge of law enforcement are evident throughout.

The characters are unique and likable, and their stories intriguing. You sense early on this book will only be the beginning for this team of agents.

What truly makes this book special though is the absolute believability of the Sentinels. Steeped in legend and lore, yet evoking such a sense of reality throughout.

I absolutely loved this book and am already setting aside time for the next one!

Cat Morgan has a secret. She’s a crack FBI agent with an uncanny reputation of being able to find bodies.

The truth is so bizarre, Cat finds lame excuses of how she discovered murder victims. However, it’s no coincidence her nickname is Witchy Woman.

Cat Morgan sees dead people. When two horned owls appear, messages from the dead are not far behind.

On her way to start a new job in a special unit, Cat finds herself caught in a cat-and-mouse game with a serial killer.

She is aided by a hunky police chief Kevin Hunter that knows something is not quite right about her investigation skills.
Fast-paced with an interesting twist on a crime drama, this is a series that should entertain.

Please click HERE to find Sentinels of the Night on Amazon.