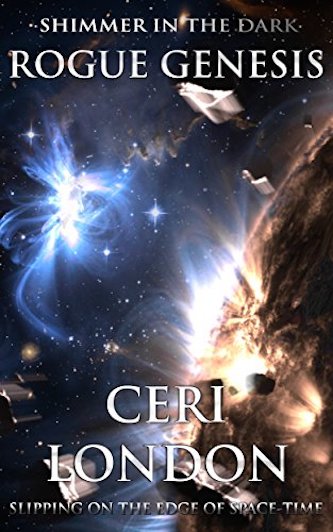 The story itself is sweeping and is a fascinating look at alien worlds and cultures doomed to extinction and the race to save them.

He lives on Earth, but his mind can visit Astereal, an alien world across the universe.

He’s just discovered his fantasy planet is real. To the telepathic race on Astereal, Niall is a legend and military leader. Now the dueling forces of the dark stars are tearing Astereal apart and prophecy says he can save them from an apocalypse.

On Earth, Niall’s growing psychic abilities attract unwanted attention putting his family in danger, but his attempt to rescue them has horrific consequences. With alien invasion a real threat, the US government designates him a security risk while a secret political conspiracy seeks to control him and this first contact with extra-terrestrials.

Now Niall is torn between protecting his loved ones, saving an alien race, and his duty to Earth. As history opens his eyes to the full potential of his psychic powers, he finally confronts the disturbing scale of his dilemma.

Will his attempts to save one world end up destroying two?

This epic tale spans two worlds, one in serious trouble. Major Kearey has the unique ability to travel between worlds. Yet, he doesn’t realize that the world in his “imagination” does, in fact, exist until he is an adult. That world is on a collision course for destruction and saving the population becomes critical.

London’s Major Kearey is an engaging hero. He’s fully drawn full of numerous shades and levels. At the mercy of a controlling government intent on discovering his secrets, he walks the line between being an obedient soldier and protecting himself and his family. London deftly creates the tension between the opposing forces tearing at him. He’s strong, yet troubled; a daredevil soldier and loving husband and father.

London’s other characters are just as believable as her main characters; each with a unique voice and layers.

The story itself is sweeping and is a fascinating look at alien worlds and cultures doomed to extinction and the race to save them. It has a satisfying arc that moves at a swift pace.

London’s writing is crisp and reads quickly with an easy flow.

I was continually awed and amazed by the plot twists and connections woven throughout this fast-paced story. The protagonist, Niall, is a kickass, Special Forces type who has an uncanny knack of smelling trouble and escaping just in the nick of time. This does not escape notice by his superiors who decide to find out exactly what his psychic abilities comprise.

As it turns out, even Niall doesn’t understand their extent until he realizes the excursions he’s enjoyed since childhood to the distant planet, Astereal, were real, leaders on that planet now looking to him to save them as it’s in the process of being destroyed by the gravity of its neighboring dark stars, a.k.a. black holes.

As the U.S. military fully recognizes his talents he, of course, becomes a threat and the intrigue begins. Earth’s magnetic grid plays an important role as do various locations where significant anomalies are known to exist and how they affect his abilities. The story cleverly weaves within its scientific premise such things as psi phenomena, astral projection, and teleportation along with a touch of conspiracy theory and the origin of ancient civilizations who possessed technologies we cannot duplicate today.

Anyone fascinated by quantum and string theory, psi phenomena, civilizations on other planets, or just any other unsolved mystery you can name or imagine up to and including “ancient aliens” will really enjoy this book and how it’s all tied together in such a credible way. My only criticism is that at times the story moved faster than I would have preferred, not allowing me to ponder and visualize the various locations and characters as much as I’d like but that will undoubtedly be rectified easily enough when I read it again, which I surely will.