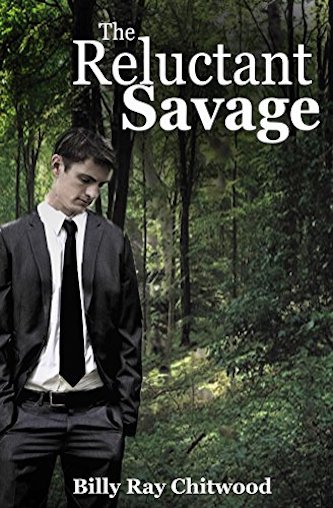 About those elements of society that seek power through greedy deals, the murder of the innocent, and feel no remorse from their deeds.

Marcie Madden and Billy Jay Campbell were high school sweethearts and very much in love. Separated by years of military service and advanced education, they reunite and find themselves suddenly in a world of mystery and intrigue.

Billy’s best friend and co-worker is murdered. Marcie’s husband is a law partner with a man of evil who thrives on power and greed. More murders and more greed later, all the elements of crime, love, mystery, and romance burst into a climactic ending. Billy’s choice might surprise you.

This book crosses the genres of Crime, Love, Mystery, Romance, and Suspense.

The Reluctant Savage is about those elements of society that seek power through greedy deals, the murder of the innocent, and feel no remorse from their deeds.

The novel is about character and humility challenged by the savage among us. It is in a very large part about the strength of love.

Billy Ray Chitwood’s newest novel has all of the elements of a fun read – The handsome, just-home-from-the war detective has his hands full juggling women and bullets.

Who will remain standing after all of the bodies fall?

And who will win the hero’s heart?

Have fun finding out.

Prolific author Billy Ray Chitwood does it again, creating yet another gritty and spine-tingling five-star murder mystery full of carnage and romance. In The Reluctant Savage, Mr. Chitwood expertly creates suspense as he develops his flawed-yet-likable characters.

After protagonist Billy Jay Campbell is set up to take the fall for a grisly and especially depraved massacre, he must prove his innocence, uncover the powerful hidden evil behind the deaths, and figure out his own heart which is torn between two equally beautiful and loving women.

Masterful writing by the author of the Bailey Crane Mystery Series.

Bravo, Mr. Chitwood. You keep us coming back for more.

A damaged hero, brutal murders, femmes fatales and the search for ‘Mr Big’ – what more do you want?

I could almost smell the cigarette smoke and whisky, notwithstanding its modern setting.

If it is ever filmed – and it does read rather like a film script – it should most certainly be done in black and white.

Mr Chitwood’s central characters, Billy and Marcie, are anything but black and white. They are flawed individuals, ex lovers and potential … well, let’s not introduce any spoilers here, shall we?

The author employs a more stripped-down style of writing than I have encountered in the previous books of his I have read. The narrative is fast-paced, and his hallmark poetic prose passages are less evident.

But then, he IS writing a page-turner, after all. The characteristic Chitwood moral ambivalence is, however, on full display.

Pick up a copy. You will whizz through it. I know I did.

Please click HERE to find The Reluctant Savage on Amazon.