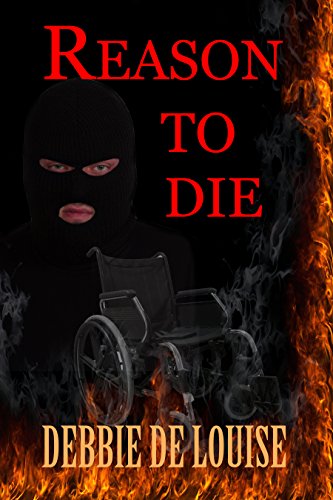 A riveting murder mystery with twists and turns that kept me guessing.

Someone is strangling disabled people in the small town of Baxter, Connecticut. Detective Courtney Lang and her ex-partner and ex-lover, wheelchair-bound Bill Thompson, are paired up again and put in charge of the investigation.

During the course of their search, Courtney uncovers information that points toward a connection between the murders and an unsolved series of muggings by a masked man, the same man who shot and disabled Bill a year ago on the night he proposed marriage to her.

Complicating matters for Courtney is her guilt about Thompson’s shooting, her affair with her new partner, Mark Farrell, and her unresolved feelings over the deaths of her mother and sister who perished in a fire while she was away from home.

As the deaths accrue and the “Handicapped Strangler” as the killer is coined by the press continues to rampage the town adding victims of different ages, sex, and disabilities to the murder count, Courtney discovers a clue that could crack open the case but may put her and Bill’s life in jeopardy.

Detectives Courtney Lang, Mark Farrell, and Bill Thompson have a unique partnership. Courtney and Bill were once an item but being shot during a chase left him in a wheelchair. He warned her away and now she is in a relationship with Farrell. As one might guess, tensions run high among the three of them.

Lang and Farrell have been put in charge of apprehending The Handicapped Strangler. So far, this killer has targeted a blind woman, a deaf young man, and a female with only one arm.

So far the only connection is that they were all disabled, and all had been robbed or mugged prior to their death. The masked man has never been caught. Lang is certain that the mugger and the strangler are one and the same. Her superior .. and Mark … feel otherwise.

This is a riveting murder mystery with twists and turns that kept me guessing. Action prevails throughout at a fast pace. The characters are solid, well-drawn and mostly likable. The romance and the problems it presents only adds to the story. The ending came as quite a surprise.

It’s up to Detective Courtney Lang and her ex-partner/former lover, who is now wheelchair-bound and suffering from PTSD, to solve a series of murders involving disabled people—former victims of unsolved muggings by the same masked man that shot Bill on the anniversary of his proposal.

Things are further complicated when Courtney engages in a romantic fling and break-up with her new partner, Mark. Can they all work together to solve these crimes, or will one of them botch up the investigation for good?

De Louise sets up an absorbing thriller for mystery and romance fans in Reason To Die. Her small-town, close-knit community of Baxter, Connecticut works well to narrow the scope of her detectives’ investigation while providing readers with a wide range of suspects and witnesses that need to be screened.

The dynamics of the relationship between Courtney, Bill, and Mark is both curious and compelling with their constant tug of war for control and power, but the tautness of this story is balanced by just the right amount of humor and humanity to allow the reader a break in this otherwise emotional roller coaster of a read.

It’s hard to pull oneself away from reading “Reason To Die” all in one sitting since the leads are compelling, the characters are engaging, and the urgency to solve the riddle lying at the heart of the story is driven. This is a great take-along novel for a weekend getaway or a cozy evening by the hearth.

I highly recommend this tale for the adult reader who loves to follow clues, profile murderers, and solve crimes—Even if you’re adept at all three, the ending is a shocking stunner… Guaranteed.

Please click HERE to find Reason to Die on Amazon.