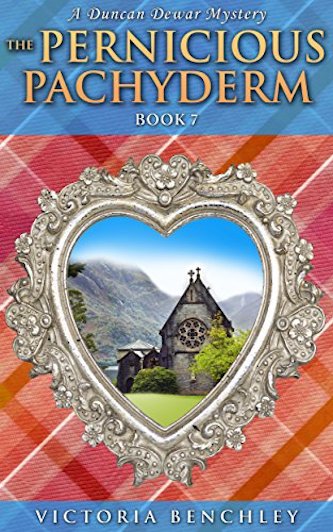 Victoria Benchley plays this gruesome crime against an idyllic backdrop of the countryside village of Taye in Scotland.

When a boutique circus arrives in Taye, tourism is on the rise, but so is murder. Preparing for his upcoming nuptials and refurbishing his cottage isn’t enough to keep Duncan occupied.

A gruesome crime intrudes on the idyllic village, and as the detective becomes embroiled in the murky case, a specter from the past returns, threatening his happy ending.

Can Duncan absolve an elephant accused of killing his ringmaster? Can he find the real killer before he or she strikes again?

Will a jealous spirit from ancient Clan Neish hinder the Scotsman’s wedding and harm his fiancée?

Suspects abound as Dewar returns, joined by the usual cast of family and friends and several newcomers in his latest mystery set in beautiful Perthshire, Scotland. 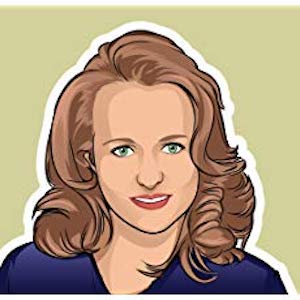 Excerpt: ‘Donald drew his sidearm from under his coat, and the duo poked their heads into the boxcar, careful not touch anything. A nauseating miasma that reeked of animal waste, hay, alcohol, and death crept into Duncan’s nostrils and overwhelmed him as he looked inside the pen. He couldn’t control the revulsion he felt as his face twisted into a sickened expression mimicking the feeling in his stomach. The stench caught in his throat, and he coughed into his sleeve…’

From the very beginning chapters, Author, Victoria Benchley descriptive and well-written mystery grabbed me until the last page. Investigator, Duncan Dewar while renovating his Scottish cottage and preparing for his upcoming nuptials, is drawn into another mystery involving a circus that has come to town with unexpected suspects, including one pernicious pachyderm (elephant) whose name is Rajah, who is accused of killing his ringmaster.

Victoria Benchley plays this gruesome crime against an idyllic backdrop of the countryside village of Taye in Scotland.

Will this latest Duncan Dewar mystery spoil the happy ending Duncan was wishing for: to marry his love, Angela?

Will Duncan tie this one up before he ties the knot? Sit back and enjoy another intriguing and well-plotted mystery.

Another murder that develops into a charming tale with the Scottish private eye, Duncan Dewar. It seems questionable accidents follow Duncan, who ferrets out what really happened to some poor soul. Duncan always gets his man (or woman) with the assistance of his fault tree analysis software, his feisty fiance and an array of (mostly) Scottish friends and relatives with thick brogues who enjoy a good pint at the inn near the quiet village of Taye.

I’ve read all but one of Victoria Benchley’s books, which is THE SNAIL MAN that’s waiting for me on my Kindle. Nevertheless, Victoria comes through again with an intriguing story that keeps me turning the pages. Her books, including THE PERNICIOUS PACHYDERM, are probably considered cozy mysteries. Her characters are well developed with personalities that make me want to get acquainted with the person(s), except the murderer, of course.

The plots are well-woven and unfold equally as well at the end. She ties up the end nicely…no leaving the reader hanging. Sometimes I can figure out whodunit, other times not, with THE PERNICIOUS PACHYDERM I wasn’t sure whodunit until the murderer was fully revealed.

Victoria’s books are the perfect length for me. They can be read within a week’s vacation without having my nose in a book during the entire trip. Yet, they’re interesting enough that I do want to get back to the book as soon as time permits. In these busy times, that’s important to me; besides that tells me her books are well edited when a complete and intricate tale is woven with fewer words, which makes the entire book more concise. There’s no “dead” space in Victoria’s novels; of that, you can be sure.

Thank you, Victoria Benchley, for another cozy, well-plotted mystery!

Please click HERE to find The Pernicious Pachyderm on Amazon.