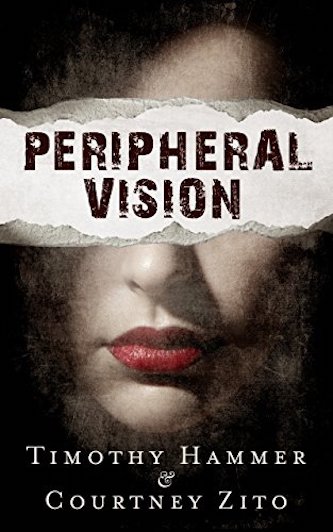 This is a surprising book, a supernatural thriller doubling as historical fiction.

Sometimes the deepest secrets hide in the darkest corners.

As a little girl, Sarah suffered a horrific tragedy that would forever change her. She saw it coming before anyone else, but she could only describe it as the feeling. From then on, she always considered herself an “extra sensitive”.

It was as if her mind knew something was going to happen, but she wasn’t able to fit all of the pieces together until after the fact. At night, while she dreamed, her visions played out both the past and the future, and sleep was often elusive. But with the help of doctors and sleeping pills, she was able to silence the feeling for the better part of her life.
Now, as a thirty-something, “living the dream” in Los Angeles, she’s built a solid life for herself and put the tragedy behind her. But when she’s met with unexpected news, it causes a cataclysmic shift in everything she thought she knew about herself and her family.

Sarah’s estranged Aunt has died, and she has inherited her old farmhouse in the small Nebraska town of Homewood. Deep within the house, she discovers some very dark secrets.

What she finds opens up some frightening doors to the small town’s past. Doors that were better left closed.

Timothy and Courtney’s first effort, Peripheral Vision: A Supernatural Thriller is a creeper and a keeper. I very much enjoyed it. They seem to have a sense for this kind of story that bleeds through in the reading (pun intended).

It kept me going and interested and I read it pretty quickly, wanting to know where it was going. Until it was just done, and too soon. They have created a town they could even revisit in future tales, much like Stephen King has done with his Castle Rock, Maine stories (Dead Zone, Pet Sematary and so many other.

I look forward to seeing what they both come up with together next, and individually.

This is a surprising book, a supernatural thriller doubling as historical fiction that has a slow measured generic start in the storyline (I would bet this is deliberate from the intelligent style), yet builds with careful intensity by the middle of the text. This book caught my eye as a tale of a female empath caught in some unknown intrigue.

I was curious about the treatment of the subject since I have lived as a “low-level empath” from incept. The authors truly did a wonderful job with the explanation of the visions within the framework of a perfectly written, well-balanced advance of the overall story. Someone either knows first-hand or has done terrific research.

There are several stunning levels to the book built in—family secrets; the Leviticus Chapter 26 generational curse; the soul curse of murder, bloodlust, and the inescapable justice in the unrequited blood that cries from the ground.

There is an old-school horror creepiness in the telling of the tale that works rather well, which takes precedence over savagery of detail. Though there was a broadly predictable aspect to one of the characters, the rest of the book and players take stunning turns of personal decision and ethics.

The epilogue was fascinating and gives us a complete historical background, tying the entire tale up with a resounding comprehensive precision.

This, to me, makes the story ultimately a fabulous tale of sowing and reaping, and ultimately quite believable in a world of often misguided motivations. I salute both authors for maintaining a truly spooky intensity throughout that holds the reader in wonderment and profound reality of the ugliness of violence and raging murder.

One can easily see this as a really crafty anti-violence message.