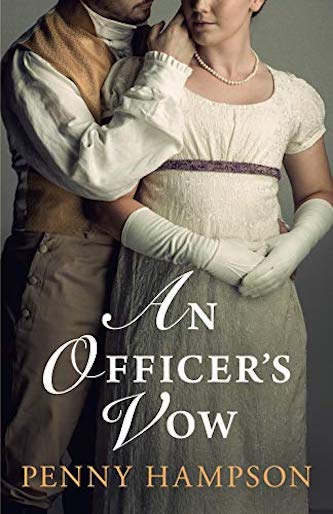 Full of intrigue, suspense, romance and finally love with dark forces at play threatening to destroy her happiness.

The future looks bleak to Major Nate Crawford. Depressed after being sent home from the Peninsular Campaign as unfit for service, he contemplates ending it all.

Then an unexpected opportunity for adventure beckons in the shape of a delightfully intriguing runaway heiress. He will prove his worth as an officer and a gentleman by offering his help. He has a plan…Lottie Benham is desperate.

Her life is in danger and she needs a place of safety until her next birthday. The unexpected proposal from this attractive but intimidating officer could be the answer to her prayers.

Not normally a risk-taker, she decides to gamble all by placing her trust in this charismatic gentleman, who she suspects might be more in need of help than she.

But the best-laid plans… Caught up in conflict, danger, and deception, will Lottie and Nate survive to find the perfect solution to their problems?

An Officer’s Vow is the second in Penny Hampson’s Regency-set Gentlemen series, following the exploits and misadventures of a loosely linked group of friends.

Penny Hampson writes History, Mystery, and… a touch of Romance

Major Nate Crawford had been seriously injured in the Peninsular campaign against Napoleon Bonaparte and was returning home. His injured leg was incredibly painful and took all that he had in him to grit through the pain.

When a distraction in his path caused his horse to throw him, further injuring his leg, he relied on the help of the young woman, who had been the cause of the distraction, to assist him.

He soon learned that Lottie Benham was running away from her evil cousin, Jonah who was determined to have her committed to an asylum or worse to a brothel so he could get his hands on her inheritance.

Major Crawford was determined to protect Lottie from danger so they came to an agreement that they would pose as a married couple for the rest of the journey.

Lottie was an innocent woman who had been sheltered from society by her controlling father. She now began to taste the freedom she desired and Major Crawford was helping her to gain that freedom.

But, the more time she spent with him, the more she saw him as a man she admired and could come to love, if only he could see her more than a young woman needing protection. Was it possible for more?

This book is full of intrigue, suspense, romance and finally love. There are dark forces at play threatening to destroy any happiness that can be had but they are no match for love and admiration.

This is a rather clean story with limited foul language and no overt descriptive sex scenes, but there is plenty of innuendoes, especially around the brothel scenes.

This was a great book yes it does have a Lady needing help and a handsome officer vowing to help, but that is far from the story this book contains be ready for a few twists. Lottie is running from her home and cousin Jonah, she has never really been anywhere and doesn’t know how it will turn out but she does know she must go.

Nate Crawford recently return to England from the war with Napoleon due to an injury is blue deviled when he suddenly is thrown for his horse, that is how he meets Lottie and offers his help getting her away to safety.

Upon reaching a town Nate is very weak from his fall and they must get a room he tells the innkeeper that they are married to protect Lottie. Unknown to him a friend is also staying at the inn and on hearing Nate’s name mentions he believes he knows him but not of any marriage thus starts the continue lie upon lie.

Nate’s friend Francis works for a powerful Duke, who has his fingers in many pies. This is where the story takes a different turn, not that Nate and Lottie have any idea they are being set=up.

I would love to tell you more but then I would ruin the story.

Buy this book you will be very happy you did.

Please click HERE to find An Officer’s Vow on Amazon.