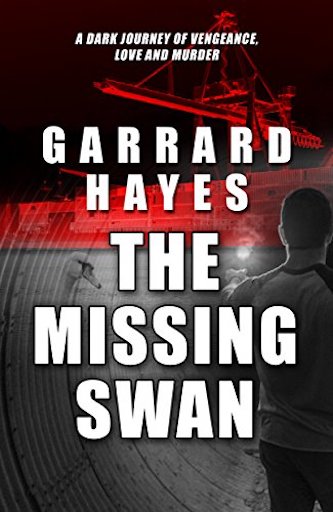 Buckle your seat belt and take a ride into a tough guys world.

Former war hero Bill Conlin embarks on a mission with international implications as he struggles to survive in a criminal world and continues the fight to avenge his ruined life.

Now on the run from U.S. authorities, Bill is also on the hunt to take out Russian mafia kingpin Viktor Tsapok, who double-crossed him in New York and left him for dead. Bill lands a spot on a container ship bound for St. Petersburg.

While at sea, he secures a new “crew” in the bearish Ukrainian Yuri and his cronies, the Belinsky brothers, but he also makes a new brutal enemy in Vlad Agargimov a connected Russian gangster.

Bill expects the violence and bloodshed, which has become a constant of his post-war life, but he didn’t expect to fall for a sassy art student Janette whose big attitude and enormous heart catches him off guard.

Now he must rely on the cunning and strength that brought him triumph on the battlefield and made him a hero in Frank Sullivan’s New York crime operations to take down his enemies. Even when all he really craves is a life of quiet normalcy – a life that seems more elusive than any vengeful victory, he must put it all on the line to survive a turf war in a foreign land where danger is at every turn.

Can he survive and protect his love or will he pay the ultimate price?

Neo-noir’s Billy Bourbon is back with the second hard-boiled mystery installment in the crime fiction thriller series Bourbon & Blood. This suspense-filled addition is an addictive action-packed adventure that will captivate and shock pulp fiction fans until its climactic conclusion.

As a writer in the same genre myself, I take it as a great compliment when someone remarks that they could not put the book down. This was my experience with Bourbon and Blood and now The Missing Swan.

Garrard Hayes transports his reader onto the scene, holding their attention with every word. I could feel the bullets fly by my head, smell the sweet scent of Bills lady and duck with each explosion.

Buckle your seat belt and take a ride into a tough guys world.

Bill Conlin is a man between countries it seems, he has problems in America.and also problems with the Russian mafia and a man called Viktor Tsapok.

At sea, Bill meets Yuri, a Ukranian and his buddies It is with them he meets Vlad Agargimov and makes a mortal enemy and the adventure begins.

This is an interesting story that because of its’ suspenseful nature is read at a fast pace and takes readers on a thrill ride.

This book picks up where the last book left off, with Army-veteran-turned-criminal Bill Conlin leaving the country on a freighter. He’s on the run, but he’s also on a mission of revenge against Russian mobsters. Despite his best efforts, Bill’s life has never managed to run in a straight line, and he often finds himself affected by events and forces beyond his control.

What starts as a single-minded mission of vengeance veers when he’s drawn into a power struggle between factions on the freighter, siding with the underdog, and it veers again when he finds himself propelled into the employment of an old-school Irish crime boss who himself becomes the underdog when his own men betray him to the Russian Mafia seeking a toehold in Ireland.

The action in this book is non-stop. The characterization is well developed, as seen through the eyes of Conlin as he becomes the narrator of his own story. Conlin is, despite being heavily involved with criminal activity, ever a sympathetic character. If we did not have his internal dialogue providing glimpses of his moral compass, he would be much less so.

We know when his inner morality triumphs against what is expected, and when he stumbles. As a series anti-hero character, Conlin is on a par with Stark’s Parker and even surpasses him because Conlin, unlike Parker, is not always all business. He has a very vulnerable human side with which the reader can easily identify.

As I read the book, I was reminded of many of the great British crime films made during the Fifties through the Seventies, and not just because of the themes and action present once Conlin quits the freighter for England, then Ireland, but because of the portrayal of characters and scenes. Garrard Hayes is a very cinematic writer. When he moves Conlin into any sort of a cerebral realm, he always balances it with strong visuals and explosive action.

Please click HERE to find The Missing Swan on Amazon.