Daily Review: Down on Her Luck by Carmen DeSousa 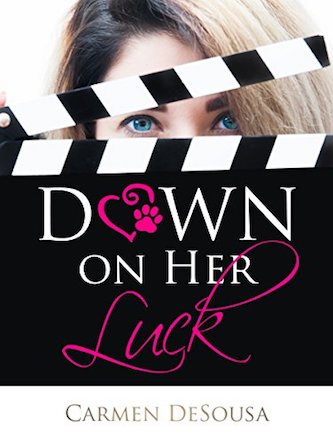 All readers should enjoy it and many will likely see some of their own personal struggles along the journey.

Thirty-nine-year-old struggling actress Alaina Ackerman isn’t just down on her luck today; lady luck has packed up and left town for heaven only knows where.

Instead of ending up homeless on the streets of New York City in November, Alaina accepts her mother’s holiday invitation and heads home to Pittsburgh for a much-needed break. Maybe even to give up on acting altogether.

The last thing Alaina expects is to be happy returning home, especially when fate not only tosses an abandoned puppy into her lap, but also practically embeds Markus Klein into her life. That wouldn’t be so bad if she hadn’t spent the last twenty years trying to forget the night they crossed the “just friends” line.

Now, torn between a love she thought she lost, and one she never knew existed, that vicious harpy some call fate dangles Alaina’s dream opportunity — a leading role — in front of her. Her only problem… Going after her dream could jeopardize her chance at love.

As if a new puppy, love, and career aren’t complicated enough, Alaina discovers that her mother and sister are keeping a secret from her. The revelation might be just enough to get Alaina’s life heading in the right direction … or send her over the edge. 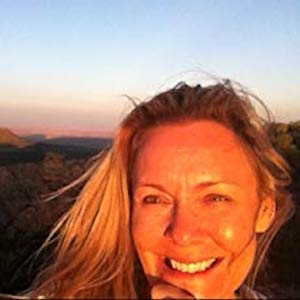 Alaina’s story is one of frustration, fleeting despair, and realization but all in a light and humorous way. The plot is unpredictable and flawless in my opinion.

The characters are all so likable and relatable, I would buy a sequel if written.
Can be read as a standalone and definitely worth it!!!

Alaina Ackerman always wanted to be the lead actress in a major production. She made it as an actress but never as the lead actress. Can she ever reach her original goal after twenty years of struggling?

She never married, never had children, and pretty much abandoned her hometown and family to chase her dream.

Down On Her Luck is the very interesting story of Alaina’s struggle to choose the direction of the rest of her life. All readers should enjoy it and many will likely see some of their own personal struggles along the journey.

Alaina Ackerman has one more audition. For a leading role. Finally, instead of the supporting roles. How long was she going to continue waiting tables by day as a struggling actress? Wasn’t 20 years in NYC enough to have staked her claim?

The tough question Alaina had to ask herself was when was it over.

She had a safe life with her roommate/boyfriend Joe. It wasn’t romance and fireworks but he had a good job and they had a good life. But it wasn’t Markus.

Another rejection in hand and her waitressing job gone with an impersonal Out of Business sign on the restaurant and Alaina knew it was time to go home.

She didn’t know for how long but she knew it might be forever.

Please click HERE to find Down on Her Luck on Amazon.