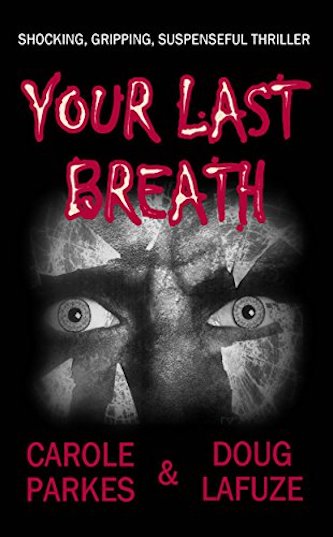 Battling writer’s block he finds the only way he can overcome those blank moments in front of his computer is by actually committing murder.

American misfit, Raymond Lang, has always dreamed of writing a suspenseful thriller. The problem is, whenever he’s tried to write about the gruesome murder scenes he needs for his book, a fog-like curtain descends in his mind preventing him from seeing the crimes clearly.

A chance meeting with an old flame reveals a way to solve his writer’s block. In fulfilling her astonishing request, he’s surprised to find his creativity is released and the chapters flow smoothly. It doesn’t last long though. If he wants to continue his writing, he has to unleash his dark side and kill again.

Now, the police are on his tail, but he won’t stop this blood-lust until his novel is completed. Can he finish and publish it before he’s caught? Even more to the point, how many victims will he have to claim to do it?

Wow. Read a tiny little excerpt of this book. I had to read the whole thing. I found it here on Amazon of course! After it was downloaded, I waited a while to start reading. I wanted it to be fresh. The characters are well and truly rounded out.

I felt what they felt. It’s gripping, twisting and turning plot had me guessing until I knew, and I mean I KNEW everything. Surprise! They gave me one last twist. I won’t spoil it for you but I will say strangers seem a little stranger to me now.

I’m going to give it some time and read it again. That’s what I do with books I love. That way I can pick up on things I didn’t get the first time. This is one I’ll gladly read many many times.

Yes! I highly recommend Your Last Breath to anyone in love with thrilling murder mysteries! When you read it, savor every moment. This is one of those books you don’t want to put Down!

I was attracted to this book because the blurb said it’s about an author who takes extreme steps to write the perfect suspenseful thriller. Battling writer’s block he finds the only way he can overcome those blank moments in front of his computer is by actually committing murder.

This fascinating premise is played out in England and the authors describe their settings well enough for any reader to relate.

Author Raymond Lang is a madman on the loose, from London to Liverpool. Each killing he performs seems even gorier than the one before, building in intensity as the story moves forward. The mind of the killer is revealed throughout, neatly interspersed with the ongoing investigations.In addition to the depravity of the killer the authors explore the illegal activities of a corrupt government official who uses extremely questionable methods to cover up his own nasty activities.

Basically, the story moves around at a good pace, although there were portions involving private detective Alex Renshaw, his former mother-in-law and her mother, family friend Jayne, and Renshaw’s daughter Amelia that carried a little too much description. It did slow down the reading but not enough to set the book aside. As that potion comes to an end there is more than enough excitement to make up for the lag.

My favorite part of the story is the delicious twist at the end. I certainly never saw anything that occurred in the final chapters coming.

For a reader of gripping serial killer murders and the crafty machinations of the criminal mind, this book is a good read. I plan to read more books by these authors.

Please click HERE to find Your Last Breath on Amazon.