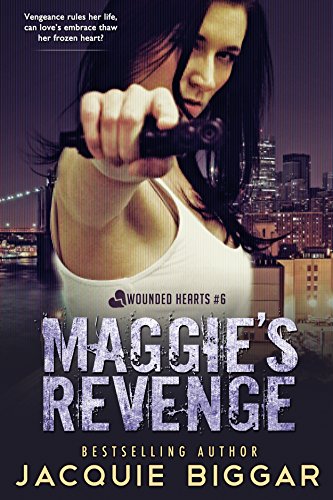 This is a story about strength, overcoming the odds, standing your ground, and helping others in the same predicament.

DEA Special Agent Maggie Holt is fierce, smart, beautiful– and in over her head.

Maggie has been working undercover 15 months when she is taken by Chinese-Mexican cartel leader, Chenglei. She tries to escape with 8 other women and is captured and brutally punished.

Adam O’Connor is angry and frustrated. It’s his fault his partner, and one-time lover, is missing and no matter how many leads he chases, they don’t bring Maggie home.

An unexpected break in the case sends Adam south to Texas. His old SEAL Team Chief, Frank Stein, offers his home and his help in the search effort.

Will these two strong men find Maggie? And will their decades-old friendship be destroyed by their love for the same woman?

Read the exciting continuation of the Wounded Hearts Saga today! 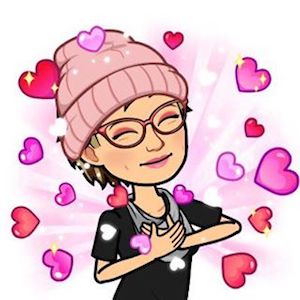 The first comment I can easily make here is: MAGGIE’S REVENGE punched my ‘WOW’ button!

Magdalena Holt goes rogue and deep undercover for the DEA… Fast forward: > Olga, a once teenage prostitute, and four others are captured by ‘sex traffickers’, put in a ‘mud pit’ basement. After several attempts, beatings, torture, and a lot of action, the group of five make their escape…

The suspense is staggering as ‘Maggie’ and her tattered and broken group valiantly withstand the vagaries of the Mexican compound and hell-hole, escape, and then await the DEA to recover them. Maggie wants to get home and bring down the most evil man she has ever known…a criminal and terrifying clown named Chenglei.

The romantic component in this exciting novel involves Maggie’s partner and agency member, Adam O’Connor, who the boss fears will jeopardize rescue efforts because he is ‘too close’ – with his feelings for Maggie.

MAGGIE’S REVENGE is masterfully written and a ‘must read’ for the ‘mystery and suspense’ book lovers! The novel would also make a great movie! It’s been a while since I’ve seen this ‘theme’ in movies…of course, I only watch an occasional TV movie.

I love an exciting, thrilling, dangerous story with strong women and men in them. Ms. Biggar does not disappoint with an action filled thrilling read. Maggie has to be a strong woman to deal with all she has for the last five years.

This is a story about strength, overcoming the odds, standing your ground, helping others that are in the same mess as you are why not letting your fears take over. I can’t think of anything much worse than to be taken and sold to the highest bidder. I like Maggie would try anything to get out a live unlike her I am not so sure I would have done the same about the other women.

But then I don’t have the training she does. She is my hero for putting forth the plan to get her and the others out alive. It isn’t easy to put your fears on hold to help not only you but others with you putting one foot in front of the other knowing at any minute you could be found, taken back and punished.

Everyone wants to find Maggie and bring her home but hands are tied with red tape. Protocols must be followed rules are rules and put in place for every ones benefit. One must ask will Adam follow them for the women he loves or will he make his own rules? There is a twist there for he also has feelings for another…wow the plot thickens.

There are many books in this series that you might want to read them first. It isn’t needed the author fills in the blanks very well never leaving you to feel like you are missing anything. I loved the twists and turns, the way the author holds your attention why keeping the story moving at a fast pace.

For me, it was a page turner and I had it read in little over an hour and a half. The characters are easy to relate to they are just your normal everyday people. The author had no trouble keeping my attention holding me spellbound unit the end.

I really didn’t want this book to end. I enjoyed it so much that I have bought a couple in this series, thinking about going back for the audios on the ones I have not bought. Man, I do love audios and these look so good.

If you are looking for a thrilling read that moves fast, leaving you breathless with strong men and women this is the story for you.