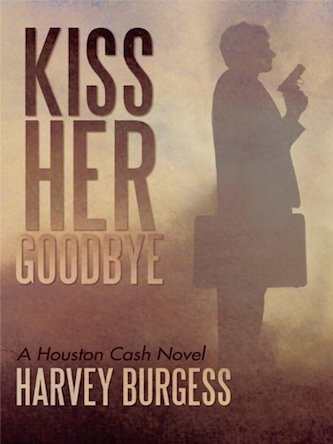 He finds himself thrust into a world of money, sex, murder, and double-crosses; it’s just another day for a detective.

Houston Cash is an ex-cop turned private investigator who doesn’t expect his life to be extraordinary, and that’s just how he likes it. But that’s rarely how it seems to work out for him.

His cases tend to take him places where he has to employ his skills, his sense of humor, and his sense of right and wrong to maximum effect to solve the problems of the interesting people who walk through his door. Though his network of friends and contacts help him navigate the labyrinths he encounters, it almost always boils down to Houston’s own abilities to see a case through to the end.

When Houston makes the acquaintance of a bank executive’s wife, he finds himself thrust in a world of money, sex, murder, and double-crosses; it’s just another day for a detective (or so it seems).

But this woman is about to lead him on a path of twists and turns with an unexpected finale, and not everyone survives. Can Houston’s instincts help him stay out of too much of the trouble she represents?

This book has so many twists and turns in it, that you keep solving the mystery (wrongly) throughout the entire book. This is a blend of James Patterson, Agatha Christie, and John Grisham all in one.

The twists began almost immediately, the main character, Houston Cash, was hired by a beautiful woman. She said she was being followed, but as Houston starts out on his investigation, following his new client, he starts questioning how truthful his client has really been.

Love the book!  This is the first of what I hope will be a very long series of books. Congratulations, Harvey on a great book!

Harvey Burgess throws enough twists and turns into KISS HER GOODBYE to keep even the most fanatical PI fan guessing! Houston Cash is a great character – integrity balanced with pragmatism and grit. He’s struggling with a past divorce, working in a small, grim office, and isn’t the flavor of the month with all of the local cops.

Hungry for a new case, his outlook brightens when the beautiful wife of a billionaire banker strolls into his office. Cissy Devore needs help in finding and stopping a stalker. Although she can’t provide a good description of the man and Cash senses she’s not coming totally clean with him, he decides to take the case. Cash discovers that Cissy is being followed, but by other men who have been hired to protect her, too!

It turns out that his client is hiding a lot in her life, including her involvement in an evangelical church. When a kidnapper snatches Cissy and the TV evangelist’s wife, Cash follows the abductor’s trail, finding that not everyone is who or what they seem, and sometimes even the baddies have good if naive, intentions. (Every time I thought I’d pegged the bad guy, Burgess would throw a wrench into the plot and provide a viable alternative!)

The dialogue is great, the characters well sketched, the pace fast and at times furious. I really enjoyed Houston Cash and his supporting cast, and am eagerly awaiting the next Cash novel… Five stars!

Please click HERE to find Kiss Her Goodbye on Amazon.