Daily Review: The Innocents by C. A. Asbrey 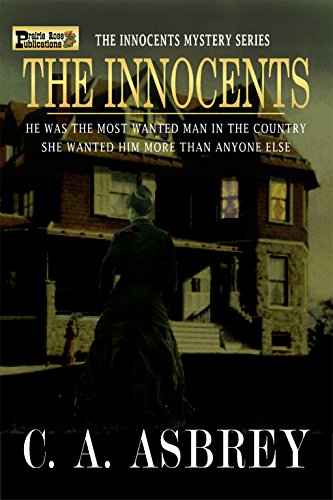 A mystery in the Old West solved by a partnership between a female Pinkerton agent and two outlaws.

The web of criminal activity grows more entangled with each passing day, but Nat, Jake, and Abi are united in their efforts to find the murderer. Once that happens, all bets are off, and Abi will be turning Nat and Jake over to the law.

But can she do it? She finds herself falling for Nat, but is that growing attraction real? Or is he just using her to learn more about the Pinkertons’ methods? Abi always gets her man—but she may have met her match in her “best enemies”. 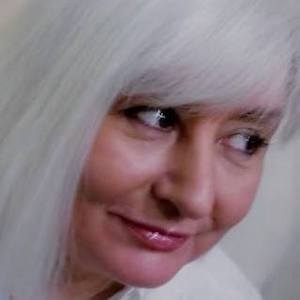 Abigail MacKay, the bold and confident female Pinkerton detective, was a breath of fresh air. Managing to become a Pinkerton was quite an accomplishment, but she also held her own and surpassed all expectations.

A true feat in the man’s world of 1868 Wyoming, a time when the benefits of a woman’s intellect and ingenuity may be quite obvious, yet recognition of her success was only reluctantly acknowledged.

In the American West, Abigail managed to handle the uncertainty of those she worked with as well as gain the trust and cooperation of those she was sent to find. The plot of the book and the mystery to be solved were well structured.

I definitely look forward to reading the next book in The Innocents series.

I will start by saying this is a fast-paced read….so pay attention. It concerns a mystery which must be solved, and it will be. But not the usual way. It will be solved by a partnership between a female Pinkerton agent and two outlaws.

And that is why one has to stay alert. The clues come quickly at times…and the action goes on around them. You must keep track of all the participants, lest you lose them somewhere. Then, just reread as I did. Lots of descriptive passage takes you from town, hotels, to hideouts, and into canyons and a brothel…. and other places.

No one stays put…!

There is humor, anger, doubt, stupidity, bravado,…there are varied characters. So, who did it? Find out. This is the first of a series with the Pinkerton lady and the outlaws…so there will be some romance and…..just read this book.

The author researches her material…she has a knowledge of the law and rules of the law. And she knows her characters. Recommended for your reading.

The Innocents (The Innocents Mystery Series Book 1) by C.A. Asbrey is simply a delightful read. I would call this a story with something for everyone. Set in the post-Civil War era of the American West I would call this a mix of Jessie and Frank James meet a Scottish Kate Warne. And she would seem to be the forerunner of how Dashiell Hammett’s Nick Charles of The Thin Man wrapped up his major cases with a big finale of all involved.

Yes, a detective story set in the Wild West. A place and time where there was little to no “Law” and most didn’t care. Justice was difficult to get even for a man much less for a ‘mere woman’. Abigail MacKay, a female Pinkerton detective, catches grief and disrespect at every turn because she is a woman. She eventually shows who she really is and earns the admiration and respect due from all parties including her temporary partners, Jake Conroy and Nat Quinn, while working together to solve the murders of ‘working girls’ no one else seems interested in.

With an uncertain and near-fatal start, Abi is rescued and makes a slow recovery, to assume the leadership role to solve murders that are much more than meets the eye. But in order to succeed she and the outlaws, Jake and Nat, must team up even if only temporarily. Although their world is on the wrong side of the law they need to find and stop who is setting them up for murders they did not commit.

Reminiscent of the characters Hannibal Heyes and Jedediah ‘Kid’ Curry of Alias Smith and Jones, Jake and Nat are widely known old west criminals who have never actually harmed innocent victims. Together, Abi, Jake, and Nat set out to clear Jake’s and Nat’s names as killers and identify the true killers of the local town. After that, all bets are off. Only one problem remains. It seems Abigail and the boys have grown fond of one another during the trials and tribulations faced together during this adventure.

C.A. Asbrey’s attention to historical detail and accuracy is remarkable. I found making reference to the Smith & Wesson Model 3 revolver, aka the Schofield, splendid. This much-underrated handgun of the day has been overshadowed in Western Lore by the famous Colt SAA .45 revolver known as the Peacemaker. The classic ‘Cowboy’ gun seen in all the TV shows and movies. The Smith & Wesson Schofield was actually used by many old west lawmen and outlaws and was adopted by the U.S. Army for issue to officers. In reality, it is a superior firearm but didn’t get good press.

The ash depositing on passengers as part of a train ride, the Bullseye Lantern Abi used, not to mention a reference to the great Kate Warne help bring the story to life. I could go on about the attention to detail but time does not allow it. I’m glad this is only the beginning of a series because I am looking forward to following this crew’s continuing adventures.

Please click HERE to find The Innocents on Amazon.