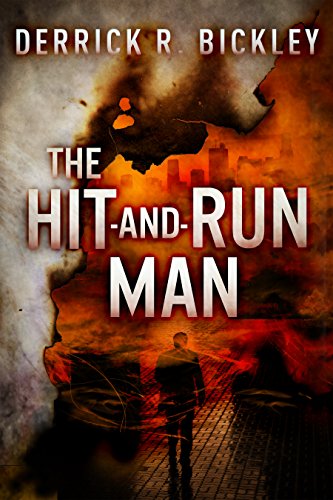 Should he do something wicked and evil to get himself out of a mess, or refuse and face the consequences?

After Howard Greenfield’s routine business trip ends with a reckless night of passion, he ends up with a gun and a mission.

Meanwhile, the mysterious Irishman, Tommy Morgan, seeks a buyer for a large cache of heroin.

It’s the early nineties, and IRA bombs continue to threaten the British mainland. When it seems like IRA has forsaken its war on drugs, Tommy takes matters into his own hands and is plunged into a raging whirlpool of danger and deception.

When their lives intertwine, can Tommy pull off the deal – and will Howard survive the dangerous, snow-covered streets of London?

I found this to be an easy but gripping read, finishing it in just three sittings, which signifies that I couldn’t put it down.

The main character, Howard Greenfield has choices & after a poor one finds himself involved in a petrifying trap. He now has to decide once more, do as his blackmailers ask or risk losing everything that is dear to him.

I’ll be looking out for more reads by this author, very good indeed.

When Howard Greenfield goes on a business trip to Barcelona he’s astonished when an entrancingly beautiful woman makes a beeline for him. Unused to such female attention, Howard succumbs to a passionate affair that changes his life irrevocably.

He’s ultimately faced with the toughest choice of his life. Should he do something wicked and evil to get himself out of a mess, or refuse and face the consequences?

This is a tough, all-action thriller that’s all about choices, power, life, death, sex and all the things in between. Howard is a sympathetic character whom we can all identify with, and there’s a parallel strand to the plot, with an insight into the London underworld, with its links to the IRA and ‘The troubles’ – it’s set back a few years to the times when the Irish troubles were at their height, and London was on alert for terrorist attacks from the IRA, rather than, as now, from other types of terrorist.

It’s a thrilling book that you can’t put down because you’re avid to know what happens. And it doesn’t disappoint, particularly with an ending that has some neat twists and turns that I never saw coming.

This is one of those bedtime books that keep you up late, thinking, ‘Just one more page.

Please click HERE to find The Hit and Run Man on Amazon.