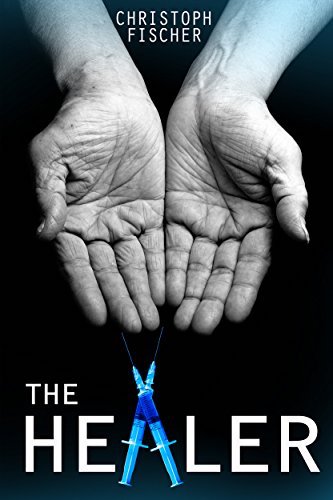 Her healer seems to be at peace with himself and the world, but there seems to be a dark side to him as well.

When advertising executive Erica Whittaker is diagnosed with terminal cancer, western medicine fails her. The only hope left for her to survive is controversial healer Arpan. She locates the man whose touch could heal her but finds he has retired from the limelight and refuses to treat her.

Erica, consumed by stage four pancreatic cancer, is desperate and desperate people are no longer logical nor are they willing to take no for an answer.

Arpan has retired for good reasons. casting more than the shadow of a doubt over his abilities. So begins a journey that will challenge them both as the past threatens to catch up with him as much as with her.

Can he really heal her?

Can she trust him with her life?

And will they both achieve what they set out to do before running out of time?

Wow. A desperate woman seeks the help of a discredited, no-longer-practicing healer, who has changed his name to ‘Coward’ – why? And why does he no longer practice his craft? Why does he make his patients give him half their money? Can he be trusted? Who is his mysterious assistant? Who is following her?

Erica must navigate all these questions while being desperately ill and afraid she will die, not knowing if this mysterious healer will cure her, or make her worse. Then, one day, in the middle of her treatments, a pharmaceutical company representative shows up and threatens the healer with jail time if he doesn’t stop treating Erica immediately.

This book is a medical thriller and the story is very engaging and interesting. It is about Erica, a young woman diagnosed with an advanced stage of pancreatic cancer. She is surprised to find her closest friend in her secretary whom she never truly appreciated before.

This woman gives Erica some tips on alternative medicine. Erica’s last hope becomes a famous healer, but her journey is more complicated than it seems at first sight. The healer does not practice anymore. In addition, he commands complete surrender from his patients — both emotionally and financially.

While his fees may seem outrageous, he lives frugally and supports orphans in Africa. He is a typical guru with a huge ego, but he is also surprisingly humble at some moments. Nothing is as it may seem.

While the patient is going through a dramatic transformation, so is her healer. He demonstrates a classical utilitarian conflict between his personal calling and a chance to do a greater good for a greater number by abandoning his mission and his unique gift. While the woman agrees to face her inner demons, this does not mean that she must win.

Her healer seems to be at peace with himself and the world, but there seems to be a dark side to him as well. We learn some haunting secrets about his past, as the story unfolds. His future turns out to be equally surprising.

This is the first book by Christopher Fischer that I have read and I am truly impressed. It is much more than just a thrilling story. I will definitely read more books from this author.

Please click HERE to find The Healers on Amazon.