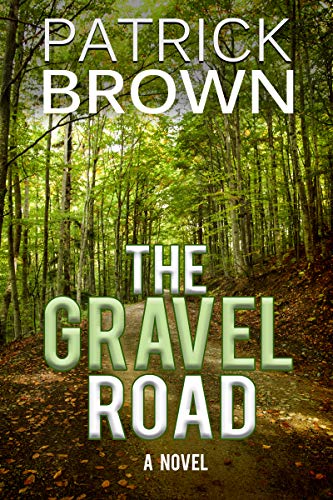 A story of unselfishness, compassion, and the power of unconditional love.

On a balmy June night in 1981, sixteen-year-old Clark Holmgrun guides his truck off Hartford Drive onto an obscure gravel road. Thinking perhaps he has discovered a secluded place for kids to hang out, he’s surprised to find a tidy house in the woods where a middle-aged guy named Ernie lives alone. Clark forms a bond with the older man and discovers a connection with him, unlike anything he’s ever known.

When Ernie takes the teenager under his wing and shows him how to repair electronics, hit a baseball, and throw a curve, the unlikely pair becomes even closer. And the mentoring doesn’t stop there.

Ernie’s tutelage continues when he teaches the young man how to shoot a gun, spin donuts in a vintage El Camino, and even how to handle his liquor. Nighttime discussions by the fire pit become philosophical, and Ernie is there to assist Clark in navigating the uncertainty of the feelings he develops for a beautiful young woman whom he meets at school.

A story of unselfishness, compassion, and the power of unconditional love, Patrick Brown’s The Gravel Road takes us on a journey through time as a young man endures and overcomes heartache, loss, tragedy, and ultimately a startling discovery that shatters his world.

I loved this book! It’s the coming-of-age tale of 16-year-old Clark Holmgrun. Clark has had a bit of a rough life, but he makes the best of it. His mom has some mental issues, and he has no idea who his dad is. His life takes a drastic turn for the better when he drives up an old dirt road he’s never traveled before and meets Ernie, a middle-aged guy who becomes a father-figure to him.

Ernie guides him through girl triumphs and troubles, baseball, and plenty of other things he always wished he had a dad for. The two grow close, and Ernie shares Clark’s triumphs and disasters, shelling out great advice, as well as beer and whiskey.

It’s a bumpy ride, but one Clark needs to take. This one is a mix of young adult fiction and a more grown-up variety. There are tears, laughs, nostalgia, and even some sexy parts. If you’re looking for a great read, pick this one up!

I will start by saying that this was a very special book. A work of literary fiction, it falls under a wide umbrella of genres: coming-of-age, drama, YA (on the grittier side), and even sports (baseball in particular).

Main character Clark Holmgrun is a good-hearted teenage boy with a mother whose emotional instability becomes more and more difficult to manage, and though he wants to branch out into all areas most teenage boys want to occupy, he feels tethered to his mother and his home.

A late-night adventure down a mysterious gravel road introduces him to Ernie Holmes: a middle-aged man with a shotgun and a big gate in front of his property.

It’s immediately obvious Ernie isn’t fond of letting the world in, although he’s a personable and engaging man, albeit very quiet. He and Clark become instant and unlikely friends – a relationship that sustains Clark through the tough times that await him throughout the remainder of his high school career.

Patrick Brown deals seamlessly with changes in tone and tempo, switching from heartbreak to humor and back again with the smoothness of an automatic gearshift. He is more well-known for his well-crafted mysteries, but you would be ill-advised to pass up this particular gem of literary fiction.

Please click HERE to find The Gravel Road on Amazon.