Daily Review: A Farmhouse in the Rain by Joe Kilgore 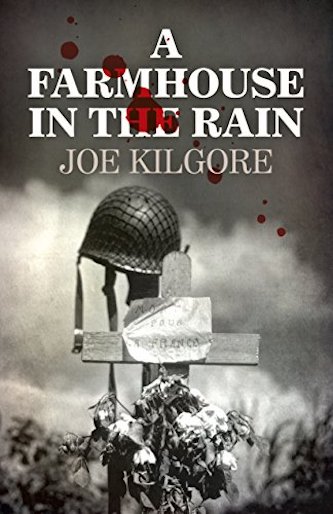 A story about dreams, aspirations, love, war, unbroken romance and the darker side of human vengeance.

A Farmhouse in the Rain is a novel of war and peace, crime and punishment, love and loss, and eventually hope. It’s a saga of three American soldiers and the women they love – before, during, and after World War II.

During the war, the three are given shelter by a French woman.

The next morning she is found dead and the trio realizes they were the only ones in the house.

While the three must continue to fight, the questions remain: Who will survive the peace?

Who will unite with the love they left behind?

And who will be unmasked as the murderer on that fateful night at A Farmhouse in the Rain?

AWESOMENESS book award! lol. A history mystery, written as tho the writer was alongside these 3 main characters overseas in WW2. Three individuals who sign up to serve their country, each for their own particular reason.

The best part of the book, in my opinion, was the emergence of personalities as the chapters flowed by….excellently done.

OK, so. Given overnight refuge by a French woman, they awaken to find her brutally murdered. Just the three of them in her home…..who done did it??!

A nightmare with questions that stays with each soldier.
The huge twist was a contributor to the ‘awesomeness’ and I was turning pages so quickly that there are chocolate finger stains all over pages …. Yup, that good.

A Farmhouse in the Rain, by Joe Kilgore, is unquestionably a five-star piece of writing. A story about dreams, aspirations, love, war, unbroken romance and the darker side of human vengeance and cowardly and debased criminality.

It is a novel that has it all – appealing to the human spirit on every level. The story is character-driven, while thematically holding the reader to the very last page.

The quality of the writing is excellent and shows that the author not only commands the English language but has a flair for metaphors and descriptive allegory.

In spite of the fact that the first half of the story takes place during the latter part of World War II, it is not a grim or violent read – but rather, the story of several young men, each from different worlds, who come together under the hand of war, who survive by their wits and who find themselves leaving the war zone with a horrible and haunting secret.

From there, the author does a wonderful job of showing how, in the post-war years, they fare in life and love, and how, by the most unpredictable of circumstances, their paths cross once again. A few lines are worthy of mention here, because they show the color and depth of the prose the author uses throughout the story.

“The curving coastline of California mountains reached toward the rocky shores of Big Sur like knuckles on the hand of God.”

“The rumble of engines was only slightly louder than the beating hearts of the men inside the planes.”

“It was as if the heavens were having a good cry, and all beneath its falling tears would simply have to deal with it.”

Highly recommended. A taunting and compelling read that will remind you that people are connected in ways which are not entirely explicable – and possibly that love is the most powerful force in the world.

Please click HERE to find A Farmhouse in the Rain on Amazon. 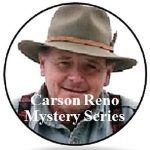