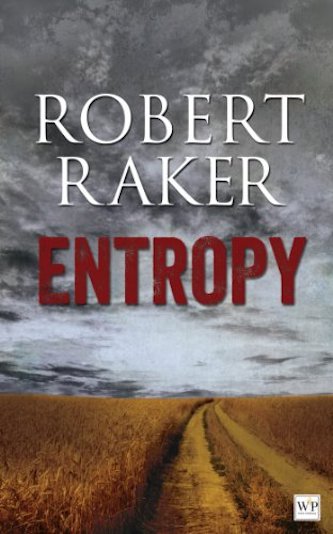 Focuses not on the crimes themselves but on the people impacted by the horrific acts on a psychological level.

When a series of child abductions and murders disrupt the life of an economically blighted community, the consequences have far-reaching implications.

The brutal crimes take a different toll on a disparate group of individuals; the scuba diver who retrieves the children’s bodies; the disfigured cellist who thinks he knows who’s responsible; the undercover federal agent; and the mother of one of the victim’s.

United in a situation not of their choosing, they are forced to take a deep, introspective look into their intersected, yet isolated lives.

I expected another crime novel with the typical story elements that are the hallmark of the genre.
What I found was a story about far more than the crimes it described.

Robert Raker turned the traditional murder mystery inside out and focused not on the crimes themselves but on the people impacted by the horrific acts on a psychological level.

Told in four interlaced sections, each with its own unique perspective and narrator, ENTROPY follows the deep and disturbing paths of both investigators and family members as they come to grips with a series of brutal murders that leave them adrift in a world turned dark by their loss and the emotional scars of their own struggle to deal with the aftermath.

ENTROPY is not a typical crime story; it is far more.

By Rick Schindler, author of Fandemonium

In thermodynamics, entropy is unusable energy; in literature and popular culture, it has become a metaphor for inexorable decay and disorder. It is the title of one of Thomas Pynchon’s earliest stories and a motif in some of his most emblematic works, including The Crying of Lot 49 and Gravity’s Rainbow.

And it is also the title and motif of an elegiac crime novel by Robert Raker. Entropy revolves around a series of grisly child murders in a woebegone region of Pennsylvania. Raker excels at painting its dismal landscape: a once-thriving farm reduced to mire by a blinding rainstorm; a neglected swimming pool in which a small body floats; a sweltering bus.

He is similarly adept at delineating the desolate hearts of the four narrators who tell his tale in turn, in fractured chronology redolent of Joseph Conrad: the diver contracted by police to retrieve the victims’ bodies, a man more comfortable immersed in water than in the mainstream of life; a musician marred by more than the loss of an arm; an undercover agent corrupted by the criminal identities he must assume, and an artist’s model numbed by tragedy and betrayal.

A la film noir, there are no heroes in Entropy to solve the case and save the day; just tormented souls grasping in vain for happiness and human connection. And they are connected, but only like flies caught in the same web. The complex pattern of that web becomes fully apparent only at this compelling novel’s cathartic climax. Entropy is a great crime novel told from four different angles.

When children are found murdered the numerous perspectives give you different character experiences, this was an interesting way to read a crime novel and I enjoyed getting to know each character. Now while Entropy is set in Pennsylvania, I found that the story could have been happening anywhere.

Sometimes a novel is bogged down with small unneeded setting details but it is not this case, Entropy is well written with great characters and a well thought out plot. If you would like something a little different you will not be disappointed.