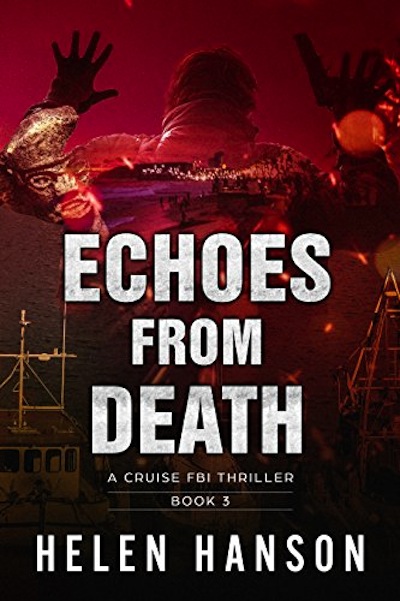 The details on drone and robotics technology as well as many different weapons and other gadgets make the story jump off the page.

Claudia Seagal became an FBI agent after her boyfriend’s savage death. But he may have been just another killer.

When she was a college student, Claudia accompanied her lover to Mazatlán for spring break. The last-minute trip was exciting until Ravi’s brutal murder. Unable to help him while he perished in a dirty alley, she joined the FBI in response to his senseless death.

A decade later, a reluctant witness comes forward, and Claudia discovers that the trip wasn’t spontaneous. It was premeditated. Ravi went to meet a man who worked for the cartel.

While she investigates the new lead and Ravi’s betrayal, she and robotics expert Baxter Cruise travel to Mexico for answers. In the foreign country, her FBI badge is useless, and on both sides of the border, someone wants them dead.

Meanwhile, Mexico’s national archaeological museum hires investigator Kurt Meyers (Dark Pool) to locate priceless pre-Columbian artifacts that went missing at the same time as Ravi’s murder. When another man leaves a trail of bodies in his quest to acquire the artifacts, Kurt searches for a connection between his case and the cold-case murder of a college student in Mazatlán.

As Claudia and Baxter unravel the truth about Ravi’s death, it threatens the secrets of the local cartel boss. When the four factions descend on the same turf, not everyone gets out alive.

Echoes from Death has all the elements I require in a thriller: well-developed characters, smart, snarky dialogue, and a story sufficiently complex to bring numerous surprises along the way. Claudia Seagal and Baxter Cruise are eminently sympathetic lead characters, the more so because both are flawed in interesting ways.

Add in the local color of Mazatlan, Mexico and surroundings, and I found myself fully engrossed from start to finish. The plot revolves around a ten-year-old murder that has personal meaning to FBI agent Seagal, a drug cartel in Sinaloa, and a missing shipment of priceless pre-Columbian pottery artifacts that were supposed to be shipped to an exhibit at Stanford University.

Baxter, as a robotics expert par excellence, makes good use of drones as well. The details on drone and robotics technology as well as many different weapons and other gadgets make the story jump off the page. Highly recommended.

In this third book in the series, FBI Agent Claudia Seagal gets a lead on the 10-year-old cold case of her fiance’s murder in Mexico.

She convinces her boss to allow her to go to Mexico to look for hard evidence and take Baxter Cruise – robotics expert with her.

Things get heated quickly when it becomes evident that there definitely was a cover-up. There are several crimes from that time that start to look connected.

Can they survive the Mexican gangs and find the truth?

Please click HERE to purchase your copy of Echoes from Death from Amazon.