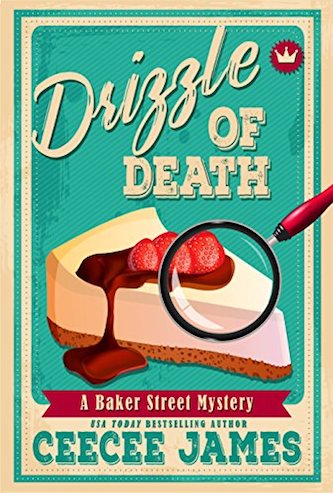 When Jacob dies and Mary goes missing, Georgie takes it upon herself to find the truth. A Baker Stree Mystery.

Georgie Tanner didn’t expect much more than old world charm when she led a group of tourists on a visit to a local Amish township. But when a young girl pulls her aside, she discovers a dark underbelly to this peaceful village.

A young man just returned from Rumspringa – the Amish rite of passage to adulthood – has been found murdered. The girl is terrified to tell any of the elders for fear she’ll be banished from her community. With nobody else for her to turn to, Georgie reluctantly agrees to help.

But when the community moves to cover things up, Georgie discovers her only witness has gone missing. With no evidence and no one willing to listen to her, it’s up to her to find the missing girl before she becomes the next murdered victim…

Georgie Tanner, a young woman who aspires to be an artist, is earning her way by working for her dearest family friend who owns a Bed and Breakfast in Gainesville, Pennsylvania. Georgie is asked to take a few of the guests to see an Amish market.

Georgie is delighted to, that is, until one of the Amish girls selling cheesecakes cannot hide her tears. Asking why is a delicate situation when the conversation is between two cultures as in this case.

Being led to a site, Georgie finds a grievously injured young Amish man. As she tries to find him aid, she learns that the community has enfolded him within. Acknowledging no wrongdoings. Georgie is conflicted after all she knows what she saw. Then, she learns young ‘Jacob’ is dead and buried. The young miss that took Georgie to the victim is now missing and no one seems worried. That is excepting Georgie.

Georgie must investigate. She must! Even as relationships in her own sphere may crumble.

This was a good read. Not the usual historical backdrop but takes us to a culture rarely disclosed.

Drizzle of Death is the fourth book in the Baker Street Cozy Mysteries series, by CeeCee James. Georgie Tanner is recovering from her fiance’s recent death.

She has left her high powered job, and her city life, to lead tourists through Amish country. However, all is not as it seems. A young Amish girl pulls her aside and asks for help. She takes Georgie to a young Amish boy who has apparently fallen down some stairs and is unconscious.

Georgie calls her friend with the local police, who does not want to come because the Amish themselves are not calling him. (Amish have their own rules for their community.) He ends up coming anyway … but the boy has been moved!
The young man has just returned from Rumspringa – the Amish rite of passage to adulthood. However, he is not exactly on good terms with the Amish elders. Something to do with an “English” (i.e. non-Amish) girl that he was involved with.

Things are being covered up quickly – but there is a sense of something being wrong (including a tractor that the young man drove into a pond!) There is a problem with the “English” girl’s questionable boyfriend – then there is the group of young men that came onto Amish soil to confront the young man.

While escorting some tourists around the Amish village of Sunny Acres, Georgie meets a young Amish girl named Mary. Mary breaks with Amish tradition when she asks Georgie for help. A friend of Mary’s, Jacob, is badly hurt and lying in the old Wheelhouse, but Mary is afraid nobody will help him.

When Elder Yoder finds Mary and Georgie together, he tells Georgie to get out and insists that Jacob just got drunk and hurt himself.

When Jacob dies and Mary goes missing, Georgie is at a loss, not knowing where to turn for help. Instead, she takes it upon herself to find the truth.

What really happened to Jacob? Was he really drunk or was it something more sinister? Where is Mary? Is Mary still alive? Can Georgie unravel the myriad of lies to uncover the truth?

CeeCee James did a great job of describing the Amish way of life from both sides of the fence. She explained both the Amish viewpoint and how they are perceived by outsiders (non-Amish).

Please click HERE to find Drizzle of Death on Amazon.