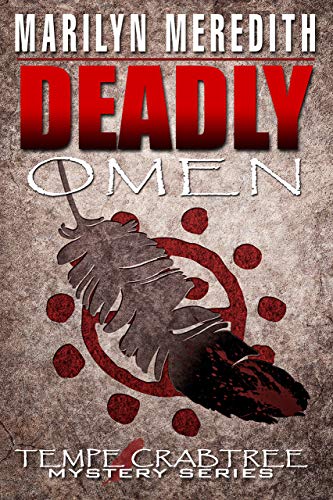 A candidate for Princess is murdered at a Native American Pow Wow while Tempe Crabtree is working there in her capacity as deputy.

Tempe’s investigation takes her onto the Bear Creek Indian Reservation. Her search for the killer puts her job in jeopardy, strains her marriage, and almost gets her killed.

This novel is the first in the Tempe Crabtree series. The book was well written and very easy to read quickly for me.

Tempe Crabtree is a deputy in a small community outside a Reservation and happens also, to be newly married, a mother, and half American Indian. The latter fact gets her assigned to secure a yearly Pow Wow. Pow Wows are festivals that celebrate the faith, culture, music, foods, and philosophies of the Native Americans. If you ever get a chance to visit one near you, you should really try and attend.

Tempe is patrolling and dealing with minor disturbances while the main event, crowning of the Princess, approaches.

This novel has adventure, suspense, well-drawn characters, and mysteries. The novel also blends in Tempe’s life and its joys and struggles.

There is a timelessness to this book.  So treat yourself to a great read and new series!

Deadly Omen is the second in a series of Tempe Crabtree mysteries written by the talented Marilyn Meredith. With a cast of 3-D characters and a back-woods setting, Meredith proportionately incorporates Native American culture to plots of murder and intrigue.

Tempe Crabtree, the deputy of Bear Creek, is part Yanduchi. In this tale, she has recently married Hutch, the town’s Christian pastor. Despite working in law enforcement and being newly married, Crabtree also is raising her teenage son, Blair. That’s just background.

Assigned to keep peace and order at a Native American Pow Wow, Crabtree finds herself dragged into a murder mystery when the body of a candidate for princess turns up along the outskirts of the fairgrounds. The deceased was more than likely going to win the crown and responsibilities associated with being a Pow Wow princess.

Who would want to kill a young girl, and why? Though only a deputy, Crabtree cannot help but investigate the circumstances behind the heinous crime committed while she was on duty, despite the warnings she receives to back off from the male detectives assigned to solve the case. Most of the evidence points toward a rowdy young Native American.

The detectives think the case is as simple as open and shut. So how can Crabtree not get involved when clearly the detectives seem closed minded? She knows they are not asking the right questions or talking to the right people. Sure, Daniel Redwing was drunk at the Pow Wow, and sure, he had an amazing crush on the victim, but would that be enough to motivate him to murder?

And what about the pushy stage-mother of the other princess candidate, did she want her own daughter to win badly enough to kill? After all, she warned people someone was going to die that day. How about the crazy old man always feuding with the Native Americans, does it seem likely that he was carrying around a gun during the Pow Wow, but it lost before the shooting took place … and his lost weapon just happens to be the murder weapon?

Engrossing from start to finish, Deadly Omen is a character-driven mystery with enough edge to keep it suspenseful and intriguing. Fast-paced and beautifully written, the reader quickly sympathizes and relates to Crabtree and the rest of her family. It can’t be easy working as a police officer, so having a newly formed family must only make things more complicated.