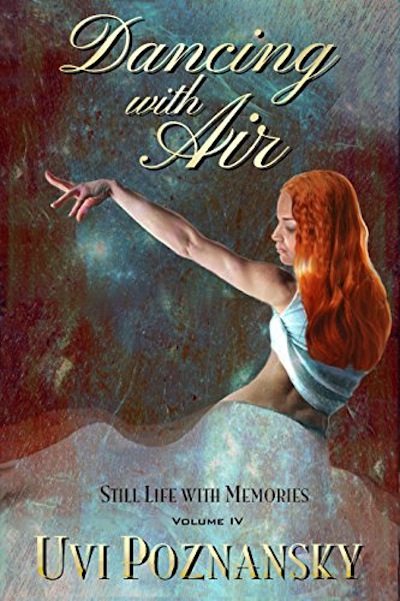 The writing is beautiful and engaging, and even secondary characters are realistic and interesting.

In these letters, Lenny gives the enemy misleading information about allied plans for D-Day. Once Natasha arrives in London, he takes her for a ride on his Harley throughout England, from the White Cliffs of Dover to a village near an underground ammunition depot in Staffordshire.

When he is wounded in a horrific explosion, she brings him back to safety, only to discover the other woman’s letter to him. Will love survive the test of war?

In the past Natasha wrote, with girlish infatuation, “He will be running his fingers down, all the way down to the small of my back, touching his lips to my ear, breathing his name, breathing mine. Here I am, dancing with air.”

In years to come, she will begin to lose her memory, which will make Lenny see her as fragile. “I gather her gently into my arms, holding her like a breath.” But right now, she is at her peak. She is ready to take charge of the course of their story.

Dancing with Air is a standalone WWII romance, as well as the 4th volume of the family saga series Still Life with Memories, one of family sagas best sellers of all time. If you like family saga romance, wounded warrior romance, military romance or romantic suspense, you will find that this love story, twisting and turning through its marital issues, is a unique melding of them all.

U.S. Marine Lenny has been dispatched to London, having left his love Natasha back in the states. In his original assignment he works as a currier. After serving in this role for a time Lenny’s commanding officer calls him in and prepares Lenny for a new assignment. By this time Lenny has learned Natasha, a virtuoso pianist, is coming to England to entertain the troops. The story is set in the months before D-Day.

Lenny is now in a predicament. His assignment is to seed love letters to a girlfriend with hints that General Patton and an invasion force plan to invade Europe at the closest point between England and Europe, Pas de Calais in NW France. Natasha gets to spend some time with Lenny which places him in a predicament. He must write the misleading love stories to a girl he knows in the states, maintain an apparent sincerity while avoiding Natasha’s scrutiny.

Lenny convinces his commander that he should have the freedom to travel through the area he’s assigned to write about. He’s given permission and brings Natasha along riding in the sidecar of his Harley-Davidson. During his travel to the Straights of Dover he discovers elements of truth to enhance the realism in his letters to the girl in the states. He learns more details about the diversionary plan.

When Lenny takes some time to investigate an ammunition storage area for the Allies his trip is cut short.

It takes a long time for Lenny to come around from an apparent coma. Afraid that Natasha may have discovered his letters while incapacitated, he soon learns of Natasha’s deep love for him.

This is a heart-warming story, a continuation of a thought provoking family saga while observing Natasha’s mental decline in her later years.

Uvi Poznansky is a gifted writer who has painted warm yet realistic saga. I strongly recommend it.

I love historical fiction, and World War II is one of the subjects I especially enjoy reading about. Dancing with Air is a beautiful love story between Lenny, a marine stationed in London, and his girlfriend Natasha, a pianist who arrives to Europe to perform for the troops and to re-unite with Lenny.

After one of her performances, Natasha tells Lenny about the grand piano that used to be in the lobby of the hotel but was destroyed during a bombing. Natasha says it was “fortunate” that the piano used to be there because people crawled under it, and the piano “saved their lives.” That detail immediately made the concept of war real to me.

The romance between Lenny and Natasha is bittersweet both because of the tension of the war and because the story is a look back, years later, at the way Natasha used to be, before Alzheimer’s disease started slowly taking her away from Lenny.

The writing is beautiful and engaging, and even secondary characters are realistic and interesting. I loved Mrs. Babcock, the woman with whom Natasha is staying while in London. Mrs. Babcock is “prudent,” as evidenced by her dress made out of “industrial blackout cloth” and decorated with lace from “some old pillowcases.”

Her image is both comical and appealing, as she invites Lenny in while they are waiting for Natasha. She chats with him easily, referring to him and Natasha as “lovebirds” and complaining about an overabundance of carrots and scarce supplies of other food. I found her interactions with Lenny humorous and a welcome respite from the tension of war around them. Probably, humor is how real people coped with the war.

For example, he warns the couple of the dangers of the cliffs, “They can crumble anytime.” He goes on to discuss the significance of the area for England, going back to the times of Julius Caesar and naval battles of the past. With the fisherman’s help, their visit to the shore becomes “a strange rehearsal” of their future wedding. I loved the extended moment of their time together with the fisherman as they started a fire and cooked the fish.

It was a very realistic description of one of those simple moments in life that we tend to remember forever. A wonderful book. Highly recommended.

Please click HERE to purchase your copy of Dancing with Air on Amazon. 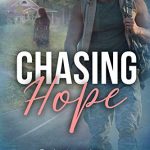