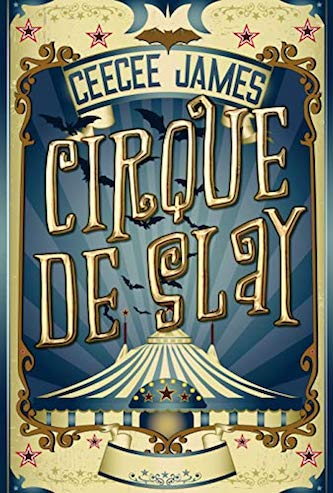 It has sadness, yet the inner strength and beauty of the characters shine through to leave you with a feeling of hope rather than despair.

Concello Circus is crowded with unforgettable characters- trapeze artists, sword swallowers, clowns, not to mention the famed Ringmaster. Working at the circus is exactly what Trixie expected. What she didn’t expect is to find a dead body…with a dark apparition rising up from it.

Claudette Barbarosa, the beautiful bearded lady and rumored girlfriend of the Ringmaster, has been murdered and suspects are everywhere.

Trixie is desperate to catch the killer before she is caught herself. Even more, she wants an explanation for what she saw the spooky, rainy night that Claudette died.

Were her eyes lying to her…or was everyone else lying?

This story is bound to give you goosebumps and keep you turning the pages. Once I started, I couldn’t put it down! I loved this main character and found myself rooting for her from the beginning.

What a cool setting, as well. The circus folks are as tight-knit as they are mysterious.

This book is perfect for a spooky fall night, curled under a blanket with a cup of cocoa or cider. Very much recommend!

I enjoyed every word of this book!

Cirque de Slay is very different from the other books I’ve read by CeeCee James. It has sadness, yet the inner strength and beauty of the characters shine through to leave you with a feeling of hope rather than despair.

Set in a circus, many of the characters have tragic pasts, with the lovable main character, Trixie, being no exception.

I was drawn into this book from Page One and simply couldn’t put it down until the end. I am hoping really hard for this to turn into a series and have several more books!

This book is a little different than others I have read by Cee Cee James. At the first mention of Concello Circus, I was hooked.

The story about Trixie, also known as Lady Godiva, the smallest woman in the circus, was very heartfelt. All of Trixie’s life, known at birth as Susanna, she felt her nose was too big and her eyes were too small. Her biggest asset was her long beautiful black hair.

Trixie was often called a “little mouse” because she hid from everyone. It was during one of those times that Trixie found the body of Claudette Barbarosa, the beautiful bearded lady of the circus. When she discovered the body she saw a black apparition go toward the ceiling.

Trixie also found a pink ribbon near the body. Afraid she would be blamed for Claudette’s death, she slipped away from the tent and went back to get in line for her ride around the circus arena on Prancer, her horse.

This story is loaded with lots of characters and suspects who could have killed Claudette.

The story is very well written and I would recommend it to readers of mysteries. I hope this becomes a new series for Cee Cee.