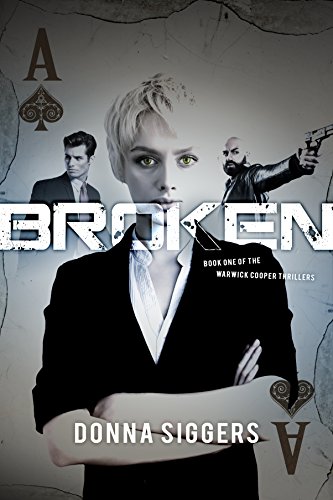 A bone-chilling thriller in which the reader is never sure what’s going to happen. The author kept me on the edge of my seat.

Broken is the first in a series of thrillers featuring Katie-Ann Warwick and Sam Cooper. We join this dynamic duo as their relationship heats up and they have reason to work together once again.

Drawing on Sam’s undercover experience to trace a kidnapped woman, Kate’s friend and old colleague, they have every reason to suspect she’s at the mercy of a prisoner who has just escaped – Carl Ashbeck

Ashbeck has Kate on his agenda and very much in his sights.

Will Sam and Kate get the break they need or will the corruption within London’s Metropolitan police hold them back? And, will Sam’s past cast a shadow on the investigation? 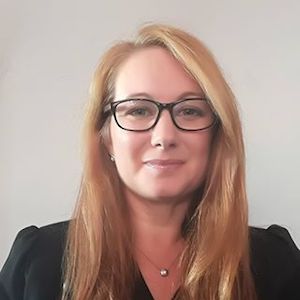 A bone-chilling thriller in which the reader is never sure what’s going to happen. The author kept me on the edge of my seat.

The story is about one evil man and three friends whose lives change because of him. The plot is well laid out and I truly wanted everything to be okay.

Then, at the very end, there is an unexpected twist!

A common dictionary definition of “trust” is being able to predict what other people will do, and having confidence in the eventual outcome. What a wonderful concept! However, trust is a tricky business which takes a long time to build, and an instant to lose.

So what happens when you are not really sure of who to trust? You find yourself being unable to trust your friends, family, colleagues, institutions…anyone. What would you do? Now let’s add the chilling and riveting elements of a top-notch thriller into this scenario. What you are left with is all the ingredients for one awesome story! If this all intrigues you, then Broken, by author Donna Siggers is a novel which will ensnare you with its complex web of intrigue and action.

The story is Part One in a series of thrillers which follow the escapades of Katie-Ann Warwick and Sam Cooper. Sparks are about to fly in more ways than one! Due to a series of unforeseen events, they are teamed up together to find a kidnapped woman and solve a series of apparently related crimes.

To make this even more interesting, they believe this has all the earmarks of a demented escaped prisoner by the name of Carl Ashbeck.

He has a serious grudge against Katie-Ann and will stop at nothing to inflict his own particular brand of justice. What follows is a race against time as Katie-Ann and Sam battle Ashbeck’s criminal network and the corruption in the police department which seems to go all the way to the top. Will they find Ashbeck before it is too late? Or will he continue upon his path of evil destruction and ultimately claim Katie-Ann as another hapless victim?

The plot of this story is extremely fast-moving, intricate and nail-biting! The theme of “trust nobody” is conspicuous and permeates throughout the entire novel. This motif serves to make the story even more captivating and engrossing as it keeps the reader guessing during the course of events.

The reader will be truly engaged as they attempt to predict what will happen next. However, there are so many twists and turns in this thriller that any educated guess in regards to plot development will likely fall flat on its face. Indeed, that is one of the contributing factors which make this story so captivating in the first place! Also, all of the main elements needed in thrillers, such as suspense, excitement, and anticipation, are used exceedingly well in Broken. There can be little doubt that this is one of those books which you simply do not want to put down!

While the plot is thoroughly developed and engrossing, so are the various characters in the story. Their development throughout the book is smooth and steady. We have the cunningly demented Ashbeck, to the strong and somewhat stubborn Sam. While the pure evilness of Ashbeck depicts him as a loathsome individual, it also makes him somewhat mesmerizing. A perfect villain.

Sam, on the other hand, is very likable and steady throughout the tale. Nevertheless, our understanding and familiarity with him grow with each passing page. All that being said, we are able to identify and learn the most about Katie-Ann as the story is told mainly through her eyes and perspective.

She grows a great deal and transforms from an apprehensive and fearful character to a strong and steady woman. The birth of a capable leader occurs before our very eyes. Naturally, there are a host of other characters within the novel, and the author provides more than sufficient information and details so that we are able to identify with them. A true lesson in character development.

Due to some very violent scenes and sexual incidents, this book is recommended for an adult audience. There are a few very graphic scenes so be forewarned. It is not for the squeamish! Nevertheless, it is a wonderful thriller and is given the highest recommendation by this reviewer.