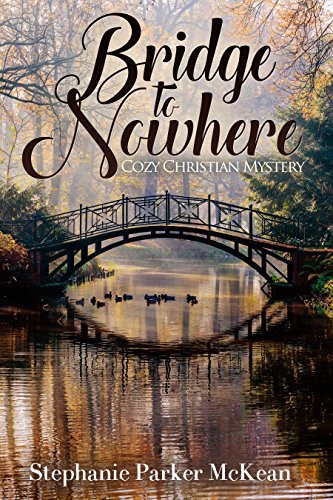 If you want a good romping read that is very well written with lots of quirky themes running throughout, you will love this book.

The first Miz Mike Cozy Christian Mystery finds best-selling author Mike Rice—or Miz Mike to friends in Three Prongs, Texas, the place ‘where the misfits fit’—minding her own business…sort of. Mike’s son accuses his mother of meddling because her compassionate heart spurs the slightly clumsy, slightly bonkers, forty-something Mike into solving mysteries and rescuing the unloved and unlovely.

And it doesn’t help that Miz Mike’s motto is: Never Let an Adventure Pass by Unmolested.

Mike is playing her secret M&M candy game and envisioning her upcoming lunch date with cowboy hero Marty Richards when a lovely young stranger barges into her office and asks her to solve her sister’s murder. The widow’s sleuthing efforts include rescuing three misfit males whom no one else wants and having them move into her ranch home. But Marty’s shock and disapproval when he discovers the situation may have ended their yet-to-be-just-begun romance, something Mike has long dreamed about.

Mike doesn’t have time to worry about Marty’s outrage. She has more crucial issues to handle—such as investigating the mysterious Bridge to Nowhere, finding and stopping a dog-fighting ring, outwitting a killer, and rescuing her kidnapped grandson.

And she finds that God has a sense of humor. Mike’s best helper proves to be one of her misfit rescues, unlikely Clint Flavors—whom some unkindly claim has a broken staircase and a light burned out upstairs.
But Clint can’t help Miz Mike with one aspect so close to her heart—managing to finally achieve that lunch date with Marty….

When I bought this book, I wasn’t really sure what to expect, but the reviews were good and it sounded fun so I decided to try it. I’m so glad I did because it is pure enjoyment from the first page to last.

Miz Mike, the heroine of the book, is a complete hoot and the rest of the cast of characters are rich and colorful, if not always completely believable. It put me very much in mind of Agatha Christie in style, but even so, it is very very home county Texan as well.

You can almost hear the drawl, even though Stephanie McKean doesn’t write with an ‘accent’. Jesus is quite a personal friend to Miz Mike and while I am not a practicing Christian, this is not a problem. In fact, it fits Mike’s character perfectly that she has this faith and one-on-one relationship with Himself, and she is not afraid to bristle indignantly in His defense.

She is also very much a woman with her adoration and passion for local celebrity Marty. Apart from that, Mike is dotty, forgetful, kind, volatile and loveable, and her ‘pickles’ are just precious. If you want a good romping read that is very well written with lots of quirky themes running throughout, you will love this book.

If you’re anything like me, you won’t be able to help loving Miz Mike as well and looking forward to the next in the series.

Miz Mike is busy writing her next mystery when a pretty young woman, Lynette Clarissa Greene, begs her to solve the real crime of who murdered her sister, Julia. Julia was married to a rancher named Thor and he and several others, including his wayward son, are on the list of suspects in this Texas town.

Despite her intention to mind her own business, Mike has a way of “getting into pickles”. Soon her office is trashed and her own life is threatened. Her personal life becomes complicated.

The love of her life, Marty, doesn’t understand the lunch dates at The Spanish Tile that Mike manages to miss. Or the trio of young men “misfits” she is trying to help, including Thor’s son, who have suddenly taken up residence at her ranch.

This book had a lot of entertaining, quirky characters and was an enjoyable read!

I have never been to Texas but having just finished Bridge to Nowhere I find I have a real hankering to discover if Texans are anything like as fun and quirky as the characters in the novel. Miz Mike is a lovable heroine. She shares with me a love of chocolate and being unable to keep her nose out of other people’s affairs, which gets her into many interesting “pickles”.

How to describe Miz Mike? She is not young, not the perfect weight. She is capable of great bravery but also often makes misjudgments that she later has admit to. Her imperfections and warm heart make her seem very believable and by the end of the book, I really cared about her and her family.

The Texan town she lives in is peopled by a cast of amazingly eccentric personalities and Miz Mike falls into one mystery after another as she tries to help find a murderer, whilst not upsetting her son, who thinks she has a penchant for sticking her nose into things.

She is a staunch Christian and sticks up for her principles volubly which, although I do not share these strong views, adds to the authenticity of her character.

The book is fast paced and a lot of fun. I now want to try out the Friday seafood buffet at “The Spanish Tile” restaurant – it made my mouth water!

Please click HERE to find Bridge to Nowhere on Amazon.