Daily Review: Where The Blame Lies by Mia Sheridan 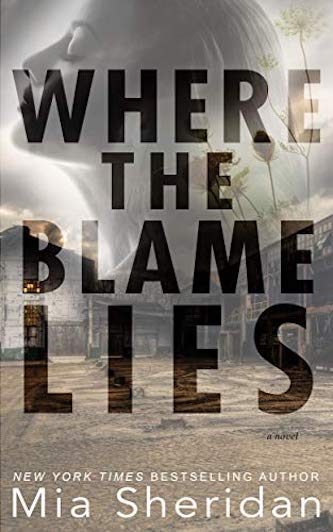 A book filled with suspense, shocking events and moments that left me gasping for air.

At nineteen-years-old, college student Josie Stratton was kidnapped by a madman and held shackled for ten months in an abandoned warehouse before she finally escaped her hellish prison.

Eight years later, when the body of a young woman is found chained in the basement of a vacant house, Cincinnati Police Detective Zach Copeland is instantly reminded of the crime committed against Josie Stratton. Zach was just a rookie on the perimeter of that case, but he’s never forgotten the traumatized woman with the haunted eyes.

As more information emerges, the crimes take on an even more sinister similarity. But Josie’s attacker died by suicide. Does the city have a copycat on its hands? A killer who picked up where the original perpetrator left off? Or are they facing something far more insidious?

Josie has spent the last eight years attempting to get her life back on track, but now there’s a very real chance she could be the unknown suspect’s next target. As Zach vows to keep her safe, and Josie finds herself responding to him in a way she hasn’t responded to any man in almost a decade, the investigation takes on an even more complex edge of danger.

As past and present collide, Josie and Zach are thrust toward a shocking and chilling truth. A revelation that threatens not only Josie’s life but everything she’s been fighting so desperately to reclaim.

WOW WOW WOW!!! I just finished this book and I’m grappling with how to write this review without giving away any spoilers because this book is so filled with suspense, shocking events and moments that left me gasping for air. My heart is STILL beating so rapidly in my heart I’m having a problem catching my breath.

The minute I read the synopsis for this newest book by Ms. Sheridan I KNEW I had to read it! What I didn’t know was how much I was going to become attached to Josie. This girl has been put through the wringer and as the book moves from past to present and we see the how’s and what’s that has happened and is happening my admiration continued to grow for her.

She could have curled up in a little ball and let the world pass her by. But she refuses to be a victim for the rest of her life and this right here is a testament to the inner strength she has and to me that says EVERYTHING!!

When Detective Zach Copeland enters her world, not only does it become better but she realizes that she’s worthy of love no matter what’s happened to her in the past. But it’s definitely a painful journey. And this man is determined to solve the new wave of crimes that are being committed in his city and is somehow tied to this woman that he has begun to fall in love with.

Ms. Sheridan has written a book that is gripping in its intensity. Not for one moment did I expect some of the revelations that came to light as I was reading this book. I really thought I knew who the “who” was, but I was completely and totally wrong and I’m just fine with that.

Ms. Sheridan definitely kept me on my toes. Josie is a woman that is filled with hope and dreams of what her life can be after the atrocities of what she went through. Zach shows Josie that not all people are evil and that even in this world that can be so mean and cruel there are little bursts of light that when we grab onto these little rays our life can be full of love, laughter and dreams that can come true.

This book is absolutely positively in my Top, Top, Top Reads of 2019!

Romantic suspense has been a trope I have really been eating up this past year, and when Mia Sheridan announced she would be writing a suspense story, I absolutely had to read it! She has really been branching out with her last several books, and I have loved each and every one of them.

Josie Stratton – this girl was strength personified with everything she went through in this book! Abducted, held captive, repeatedly raped – at just 19 years old. How she managed to survive that both emotionally and physically I cannot even comprehend.

Reading about the things she was put through was very tough, not gonna lie about that. But the sheer will she had to survive was amazing. She’s spent the last eight years trying to heal and move on and create a new life for herself.

Zach Copeland sounds like every woman’s dream. A dedicated cop, who also happens to be out of this world good looking? Yes, please!! He and his partner find themselves investigating a recent murder that is so similar to what Josie went through eight years ago, it is scary.

This story kept me on the edge of my seat. Starting out in present-day, Mia intersperses chapters throughout that take us back to what Josie went through during those ten months she was held captive. And we learn a lot about what kind of childhood she had, and how that shaped her as a young woman attending college and not always making the best choices she could have for herself.

I can honestly say, I had no clue how this story was going to turn out, or what revelations would be revealed along the way. As a self-professed Psychology nerd, I was fascinated with the mindset of Josie’s abductor, and with the mindset of whoever was posing as this copycat killer.

Actually, I was fascinated with the mindset of just about all the characters in the story. Josie’s for sure, with Zach who has some things from his past that drives him today to be the best cop he can be. With some other secondary characters who I won’t discuss here since their roles would be too spoilerish, but nonetheless fascinated me as well.

I am just amazed at how Mia comes up with these stories, how she crafts such a complete world that these people live in, and how she manages to draw me straight into the story within the first few paragraphs. And yes, there is romance in here, but it was organic and subtle and fit just so seamlessly into the story. Mia has another incredible story here!!

Please click HERE to find Where The Blame Lies on Amazon. 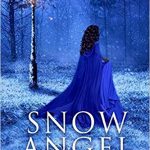