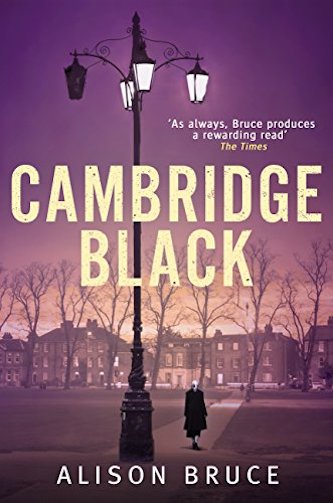 Someone will be murdered because disturbing the past has awakened a killer.

A cold case waits to be solved . . . and a killer waits in the wings.

Amy was seven years old when her father was arrested for murder. His subsequent trial and conviction scarred her childhood and cast a shadow over her life until, twenty-two years later, new evidence suggests he was innocent and Amy sets out to clear his name.

But Amy is not the only person troubled by the past. DC Gary Goodhew is haunted by the day his grandfather was murdered and is still searching for answers, determined to uncover the truth about his grandfather’s death and find his killer.

But, right now, someone is about to die. Someone who has secrets and who once kept quiet but is now living on borrowed time. Someone who will be murdered because disturbing the past has woken a killer. 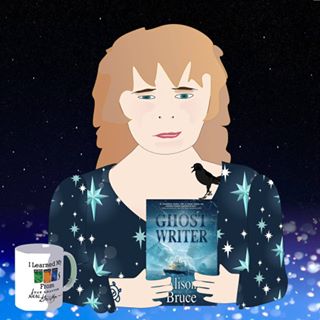 This is the 7th and last in the series and it does quite a bit of rounding off so, although the main crime is complete within the book and, as such, could work as a stand-alone, I would really recommend starting from book one and reading in order to get the full picture. Especially as, in this book, Gary finally learns the truth about his grandfather and what really happened. He also learns more about what exactly his grandparents used to do and this is intrinsically linked to the case that comes to light in this book.

Many years ago there was an arson attack on a house. Two people died. A suspect was identified, convicted and jailed. Fast forward and Robert Buckingham has served his time and has been released. He is on his way to meet his daughter when he is rushed to the hospital. On his sick-bed, he tells his daughter, Amy, that he didn’t do it. That someone else set that fire. Amy believes him and to facilitate her need to know the truth, gets herself a job with her father’s old partner who also happens to be the father of one of the people killed in the fire.

Meanwhile, Gary’s grandmother tells him more about his grandfather and together they find something in his grandfather’s possessions worth further investigation. He approaches Lorraine, a jeweler to ask questions of the bracelet they found, but not long after they talk, she is found dead and Gary is soon on the case. On further investigation, Gary starts to realise that this murder could be linked back to the arson as well as having connections to his grandfather. It’s time for both his grandmother and indeed DI Marks to knuckle down and tell the truth and allow Gary and his special skills loose on the cold cases.

This all sound rather convoluted and, in a way, it is. Here, the author has managed to weave an intricate story that not only reopens an old, believed already solved, case but also links that to a current murder as well as unearthing the final piece of the puzzle regarding Gary’s grandfather’s death. And she does it very well. There are secrets and lies, affairs, dysfunctional relationships, love, hate, and revenge.

And, if that wasn’t enough, we have DS Kincaide still being his delightful bullying, nasty self, getting his claws into both Gary and Sue. We follow twists and turns aplenty as the police and other characters cut through the lies, uncover the secrets and unearth the truth, all the way to what, for me, was a bit of a shocking ending regarding both the truth of the fire and indeed what happened to Gary’s grandfather.

In this book, Gary really comes into his element. I was originally unsure about him as a character but as I finished each book, as I started to get to know him better, as the author allowed him to open up both to the reader and to other characters, I really started to get to like him. He is a bit of a funny fish but he is dogged and determined and won’t give up until he gets to the truth. Even if that truth is painful. I am a bit sad that this is the end of the series. I do hope it’s not the end of Gary forever. Not now I know him better. I do believe I will miss him and all his strange little ways.

It was with trepidation that I picked up this novel, knowing we were heading for the conclusion of this series.
Alison has a great way of tying in plots with the local areas, cafes, places of interest and more so in Cambridge Black when a well-known café that is mentioned is now closed.

Nostalgia played a bit part in the storylines and trying to unravel the past crimes with the modern day and how they weaved together.

We are slowly led through the minds of various characters and how they are challenged by the past, their decisions and actions, and how it is reflecting on the present day.

The links that hold them together are as strong as they are fragile for others.

I wasn’t sure how the final book was going to go, and I did find I had to concentrate on how the characters played their part, it is a story of finding out the truth and unraveling the past to come to a conclusion for the future.
It was lovely to have found out a bit more about Gary’s Grandmother, and it was one of my favourite parts of this book.

I have thoroughly enjoyed seeing Cambridge through fact and fiction and Alison’s eye for detail and turning a beautifully diverse City into a hotbed of crime! Where you can be in a gorgeous open green setting and within minutes lured down a dark alley into an eerie, claustrophobic street, then back into the fresh air – if you are lucky.

If you enjoy police procedures, a bit of a bad boy in Gary with him not always following the lines to get his answers, but like true grit crime then this series is for you and I highly recommend it.