Daily Review: Birth of an Assassin by Rik Stone 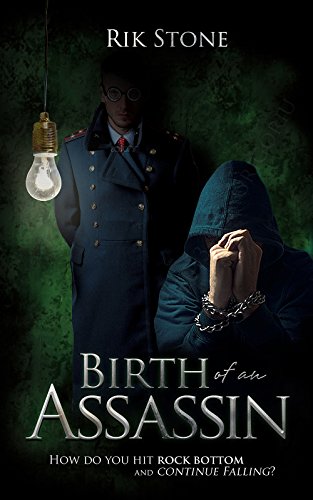 Stone is such a compelling writer, setting the reader into the midst of the powerful security world of the KGB.

Kill … or be Killed

Soviet, post-war Russia: A small sidestep from the straight and narrow and Jez Kornfeld is plunged into a murky underworld of flesh-trafficking, prostitution, and institutionalized corruption. The elite Jewish soldier finds himself immersed in a world where nothing is what it seems, nobody can be trusted, and everything can be violently torn from him.

Birth of an Assassin is the first book in this series of explosive thrillers from Rik Stone. If you like complex characters and an endless flow of death-defying situations, then you’ll love being drawn into this classic tale of betrayal and intrigue.

Fifteen-year-old Jez Kornfield always knew his destiny was to be a soldier in the Red Army. Leaving his home, he sets out to fulfill that dream. Approaching two soldiers on the streets of Moscow, he asks for directions to the recruitment office.

Seeing an opportunity for a joke instead of the recruitment office they sent him to the KGB headquarters, where the colonel takes a liking to the young Jewish boy and sends him on a new destiny as an assassin for the Russian army beginning with basic training and Anna.

Stone is such a compelling writer, setting the reader into the midst of the powerful security world of the KGB. Although not always a fan of action thrillers I was engaged from page one with the historical accuracy as well as loving the intertwining love story of Jez and Anna that never took away from the premise of the storyline giving this reader an amazing and thrilling ride.

Stone never took shortcuts in the details giving the reader a powerful descriptive story as well as realistic, unforgettable characters. Fast-paced, action-packed, thoroughly engaging a sure-fire hit that isn’t to be missed.

Jez Kornfeld, a 15-year-old peasant runs away from home to join the Russian Army. Lost in Moscow he approaches two soldiers to ask directions. They are amused to direct him instead to the KGB where by chance Colonel Michel Petrichova talks to him, following his father’s belief that “with enough time invested in a peasant, Mother Russia could have the greatest armed forces in the world.”

Although Jez is small and underage, he swears him to secrecy, calls a subordinate to process him with no questions about his age and wants him and his dossier returned to him after basic training. In training a reciprocal emotional appeal develops between him and another young dedicated recruit, Anna Puchinsky. Corporeal Nikolas, their tough DI attempts to rape Anna and Jez breaks his arm in a physical contact session shortly thereafter.

His overall abilities are exceptional and upon finishing, he reports back to Petrichova and is assigned to Spetsnaz, a special group that works with advancing units in other areas. His first duty is in Greece where he reports to Sergeant Viktor who at first ignores him because of his size. Under Jez’ goading, he relents and they form a most able unit over several years with his promotion through the ranks to eventually lieutenant and reassignment to Internal Security in Moscow.

With Kruchev’s removal, Petrichova is elevated to Lieutenant General and moves into the Kremlin. Jez assignment is boring until orders to dispel a Jewish demonstration to be allowed to move to Israel. Unfortunately, his three sisters are among the demonstrators, he devises a way to get them out of the country, but Anna, now also secretly working with Petrichova is directed to follow and report.

From these involved beginnings a captivating, fast-moving plot evolves that includes espionage, counter-espionage, illegal activity of huge proportions, deception, deceit, betrayal, and fraudulence by the Mafia but often associated with the army as well as rampant corruption that extends into high governmental levels.

Blatant anti-Semitism so prevalent in Russia is quite prominently displayed as is their penchant for surveillance, and the almost total disregard for human life causes vivid recall of the activity of Tsars’ Cossacks and activities during the revolution.

Please click HERE to find Birth of an Assassin on Amazon.