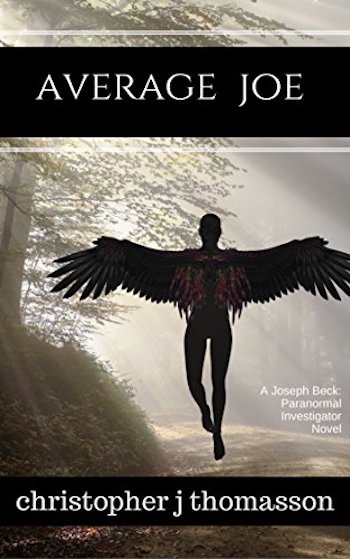 Joe is a man haunted by his past; a past that holds great power over him. He possesses an unusual gift—he can see into the spirit realm.

Sometimes in life, people are given a rare gift—a gift of foresight, of premonition—a sixth sense that goes far beyond what we can feel, touch, see, or smell. In some cases, these individuals are born with their abilities; they grow up with it, nurture it, it’s a part of them and they know no difference.

However, in some cases, such as with private investigator Joseph Beck, these gifts are bestowed unexpectedly—and the results are such that those gifts are misconstrued as curses.

A haunting memory of childhood tragedy plagues Joe’s sleep, and with every waking moment, his curse, his ability to see into the spirit realm, threatens to rear its ugly head.

To compound his mental anguish, Joe finds himself as the target of a serial killer with a personal vendetta. Now, forced to face more than just his own internal demons, Joe sets out on an investigation with the local police to find the serial killer before everything Joe loves is destroyed.

Forced to face his darkest fears, Joe confides in a local pastor to help him come to terms with his abilities as his search for the killer brings him closer and closer to his own spiritual awakening—an enlightening that helps him realize his supposed curse is, in fact, a gift from God.

Average Joe, a thrilling roller coaster ride of suspense, is the debut novel by Christopher J. Thomasson. Played out in the mid-sized city of Roseland, Texas, Average Joe delivers colorful characters, a twisting turning plot, and a breathtaking ending that will leave readers wanting more.

This powerful story tells of overcoming tragedy, dealing with fear and finding salvation. It’s written in a most readable form and draws the reader into the story.

I kept telling myself, “Just one more page. Just to the end of this chapter.” But I didn’t stop reading. I highly recommend it.

This book is a real thriller! Loved the suspense and mystery. It really keeps you on the seat of your pants with all the action! I would recommend this book to almost any one.

The killer was a real psychopath and is tortured with the evil one.

Joe can see clearly after he connects with God! A great book!

Joe is a man haunted by his past; a past that holds great power over him. He possesses an unusual gift—he can see into the spirit realm. And so the story unfolds, and we, the reader, learn more about Joe’s fears and trials as he struggles with his ability (or disability, as Joe himself thinks).

This book skillfully combines the literary conflicts of Man vs. Man (the central plot of the novel) and Man vs. Self (Joe’s struggles with his “gift”). The action takes place in East Texas, and the characters and their dialogue feel accurate in their depictions. Their interactions with one another ring true and at times made me laugh out loud.

There are hints as to the identity of the antagonist, but the presence of a few red herrings adds interest and allows the suspense to build. The tension is palpable as our villain enacts the vendetta against Joe, causing him to embark on a circuitous journey as he tries to unravel the clues to the killer’s identity.

As hard as he tries to avoid it, all paths lead him to the same place and Joe is forced to confront his fears. Ultimately this is a story about good vs. evil, acceptance, and “letting go and letting God.”