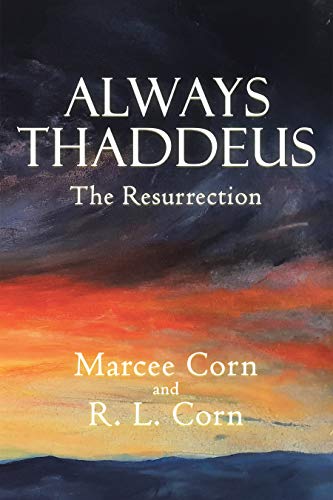 Human perseverance and the pursuit of justice leads to a thrilling conclusion.

World-famous musician Andrew Morgan serves a prison sentence for killing his wife, Sandy – a crime he didn’t commit. His ex-wife Beth planted overwhelming evidence against him, so he feels literally and figuratively trapped in a hopeless situation.

Reporter Jan Smith is compelled to help Andrew prove his innocence, but time is running out as every day in prison could be Andrew’s last.

Handsome and powerful Spanish tycoon Ernesto Chavez finds Margaret Buchanon irresistible, and her appeal may entice this bachelor to finally tie the knot. The fine line between sanity and insanity will be tested as the two move rapidly toward matrimony.

Two of Ernesto’s employees, Maria Sarduchi and Tonya de Lugo, learn some of Beth Morgan’s secrets. They will either become good detectives—or dead ones. Ultimately, eight individuals come face to face in a powerful courtroom battle that rocks international shores.

As the truth is revealed, will it be worth the price as Beth’s devastating wrath comes full circle?

The drama and suspense continue with this latest thriller by authors Marcee and Rob Corn. Andrew Morgan has been wrongly convicted of murdering his wife Sandy and is currently serving his sentence in prison.

His first wife Beth’s diabolical plan to frame him has come off without a hitch, or has it? Beth aka Margaret goes to Barcelona to meet with a former, wealthy lover and begin a new life–but her fractured mental state and troubled past are beginning to show their cracks.

Craig, a coast guard officer, takes a heroic risk to save a woman clinging to life on a buoy in rough seas. The Jane Doe is alive, but her injuries are extensive–will she ever come to and regain her memories?

Jan, a reporter who watched Andrew’s trial, starts to question the prosecution’s case against him. She meets with the beleaguered prisoner and finds new information.

Her research leads to a chance encounter on social media that unveils a terrific twist to the story–but will she be able to prove it and convince the law that Andrew has been wrongly accused?

A woman deranged by grief sets the stage for a story with twists and turns on every page. Human perseverance and the pursuit of justice leads to a thrilling conclusion. A great read, highly recommended!

This well-written and exciting thriller, by Marcee and R. L. Corn, follows book 1, Always Thaddeus, as it opens a year later. The world-famous musician, Andrew Morgan is in his prison cell serving a life sentence for killing his wife.

I opened the book to find these words, “As Andrew Morgan’s eyes slowly opened, he realized that his prayers had not been answered for the 364th time. This was not a bad dream, it was his reality.”

There are several storylines that intermingle throughout the book. The authors do a great job of cleverly bringing back most of the characters from the first book, as well as introduce the reader to several new ones. We read more about the exciting life of business tycoon, Ernesto Chavez in Barcelona, Spain.

There, we are introduced to his secretary, the beautiful, lovesick Maria Sarduchi and her gal pal, Tonya. There are more new characters but I don’t want to spoil it for the readers. I will just say that each chapter left me wanting to know more about each new character and their life.

Author, Marcee Corn wrote Book 1 – Always Thaddeus – and then was joined by her husband R. L. Corn on Book 2. Even though each of these books can be read alone, I suggest reading Book 1 first so you can gather the background of the main characters. The end of Book 2, which sadly, is the conclusion of the story, leaves the reader in shock. The final court scene is amazing as it rapidly moves from witness to witness and character to character.

I highly recommend both books in this series. Always Thaddeus: The Resurrection is the exciting conclusion to this creative and well-told thriller. I hope these authors will team up again to write another because I am a huge fan of their writing! Well done Marcee and R. L. Corn.