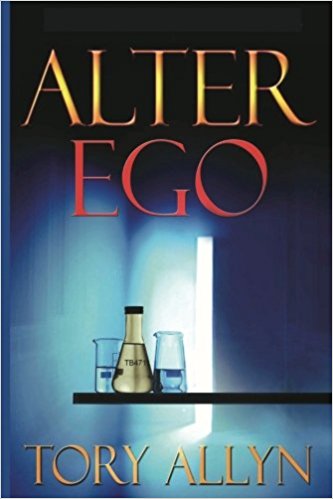 Strange circumstances: It seems that all three men were in the process of changing into women prior to their deaths.

When the remains of a disfigured body turns up in the backwoods of Virginia, FBI Special Agent Jack Stanwick is once again summoned. This was now the third victim recovered with unusual physical characteristics, and with most of the ‘brotherhood’ away on another high-profile case, he needed some outside help and knew who to enlist.

Jack knocked on the front door of the DAVENPORT DETECTIVE AGENCY where three ex-cops, Bren Williams, Derek O’Rourke and Russ Munroe are employed by former police chief, Raymond Davenport. Once hired, the detectives focus their attention on the militia group, M.A.G.O.C. (Men Against Government Overtaking Control), and find that several members along with the aid of a high-ranking official in the White House are involved in a governmental conspiracy.

Digging further, the detectives come upon Prescott Chemicals, where an elixir that was discovered in the Amazon rainforest by the Mayapo natives years earlier, is now being transformed into a formula with irreversible consequences.

While investigating the chemical plant, they accidentally come into contact with the adulterated solution which forces one of the detectives to grapple against the ALTER EGO.

Dead bodies are just a fact of life for law enforcement and the FBI, but the body found in the woods in Rockfort, Virginia would make the hair on the back of the neck stand up for the seasoned professional.

With mounting terrorism against soft targets all over the US and agencies stretched to their limits, FBI Special Agent Jack Stanwick is put in charge of the Rockfort case because a total of three bodies have been found and the Governor of Virginia has reported his son missing.

The mystery surrounding these deaths are unique because all three victims were injected with a chemical in the carotid artery. “Their chemistry screens, blood cultures, toxicity tests and complete blood counts were anarchic and their chromosomes had been displaced. There were also disorganized levels of hormones. However, my most crucial finding was the pineal gland”. It is in the coroner’s hand to determine exactly what they were injected with and why.

Jack enlists the help of his friend who owns the Davenport Detective Agency and the investigation leads to Prescott Chemicals and a low-level militia group called M.A.G.O.C. which stands for Men Against Government Overtaking Control. The question remains, is the general public at risk?

By Martha A. Cheves

“In layman’s terms, I said that the three victims were injected into the carotid artery. I showed it to you in the morgue. It caused a chemokinesis, which is the accelerated locomotion of cells due to the response of chemical stimuli. Basically, the cells in the body went berserk. They reacted against the foreign agent in a dramatic way, thus causing a cytomorphosis. It’s an extreme metamorphosing of the body.”

“So what you’re saying is that the chemical compounds caused our guys to turn into she-males?”

“What I’m saying is once the chemical compounds were introduced into their bodies they initiated a metamorphosing effect, causing a male to female alteration, thus the appearance of both characteristics. Somewhere, in the process of morphing, they died, not systematically bearing the exchange.”

After being sent to Rockfort, Virginia, FBI Agent Jack Stanwick finds himself having to deal with the third victim that had been found dead under some truly strange circumstances. It seems that all three men were in the process of changing into women prior to their deaths. Things get worse when reporter Simone Wellington publishes an article that the Governor of Virginia’s son is missing and there may be a connection. Someone is feeding her information that must be stopped.

This has to be one of the most unusual books I’ve ever read… yes that’s good. I’ve read MANY books but Author Tory Allyn writes in a fashion that I’ve never had the pleasure of enjoying before. The book was very interesting and took me on a ride but what Allyn does that is so different are the ‘conversations’ that are carried on with the different characters.

Normally you will find the characters stating what they want to say and the writer goes on to the next scene. Not Allyn. His conversations are exactly that. They talk to each other just as you and I would. It gives each character a true personality and a little history as to why they are the way they are. I loved it!!! And the story too. I also loved that it closed with another story in the works which I’m looking forward to reading.