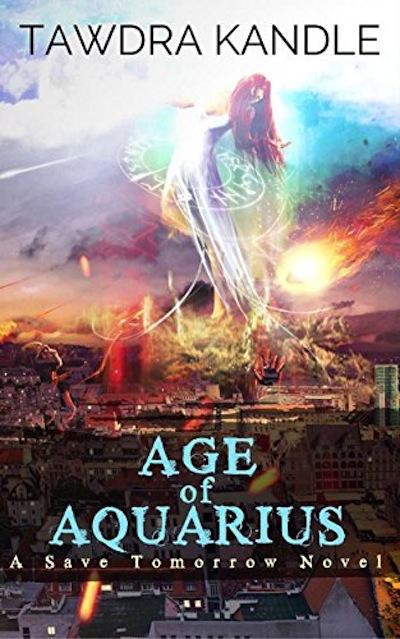 Some will live. Some will die. None of them will ever be the same.

It was the Summer of Love. But in the midst of peace and flower power, a group of hippies unleash an unspeakable horror that will threaten the future of the planet . . .

Every battle. Every win. Every loss. All the intrigue, pain and mystery . . . it all leads here.

In the ultimate fight against an ancient and powerful evil, Carruthers agents join with old friends as well as new allies to save the world.
Tasmyn and Michael, Nell and Rafe, Jackie and Lucas—and of course, Cathryn Whitmore—all of them will risk their lives and futures to stop the dreaded Hive.

Some will live. Some will die. None of them will ever be the same.

This was a tough book for me to read because I’ve been waiting for it for so long…I wanted to know what was going to happen, but also wanted to savor the moment, and was truly fearful for some of my all-time favorite characters that we’ve gotten to know throughout Tawdra’s other paranormal books. I didn’t want it to end.

As usual in a Tawdra Kandle book, there is a healthy mix of suspense, light-hearted humor, steam, and conflict. We even had a celebrity sighting in this book! The story moved quickly, and since it was told from different points of view – from some of her earliest characters to brand new ones – I felt like I was a part of the events as they were unfolding.

This apocalyptic novel finally saw the close of a story that has been building for years, throughout many different books, but it wasn’t without some heartbreaking moments and some loss. I shed more than a few tears along the way. But getting to see some relationships evolve, some loose ends tied up, and even some happy endings was rewarding for Tawdra Kandle’s long-time readers.

I look forward to more supernatural tales with some of my favorite couples, but this was the perfectly written ending to years of suspenseful buildup!

This book was everything I wanted in the wrap-up of so many sets of series. If you have known these characters as well as I have, you wanted to see the end of this war as much as they did. All of their individual stories have been leading to this, and it does not disappoint.

Now that we’ve got all the paranormals we can handle, the big showdown can finally happen. If you’re starting here, you should really go back and read from the very beginning. You can watch all of the characters grow tremendously throughout the years.

For example, I used to think Michael and Tas were my favorite. Then Jackie and Lucas. Now I’m firmly in the Nell/Rafe camp. Anyway, all of our favorite characters end up joining forces (some a little reluctantly) to fight against a future where evil triumphs.

I can’t go into too much detail without giving some major spoilers, but this fight is not without its casualties. The author always knows exactly how to remind you that nobody is truly safe.

While they each have to set their own agendas aside to save the future, working together is anything but easy. For starters, they have to fight the past at the same time! Talk about timey-wimey-wibly-wobly!

Oh, and don’t worry if this is sounding a bit heavy in the action. There is plenty of time spent with each couple, catching up, finding new stories, and ultimately giving the reader some wonderful nostalgic moments. Overall, everything gets nicely wrapped up, complete with an epilogue that had me smiling from ear-to-ear.

And although I spent a bunch of time mooning over returning characters, the newbies hold their own in the story as well. I’m a sucker for a tough chick.

Please click HERE to purchase Age of Aquarius on Amazon.