Images that connect readers to another time and make the past come alive.

The East Texas Writers Guild is proud to announce the top three winners in the Blue Ribbon Book Cover Contest for historical fiction.

Here are the top three winners for historical fiction: 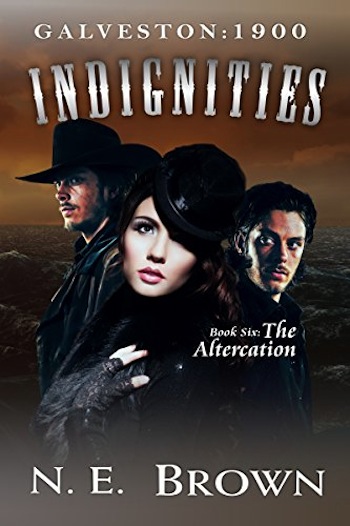 In this installment of the Galveston, 1900, Indignities Series, Catherine has her three youngest children enrolled in school. Her eldest son, Daniel, has dreamed of becoming a doctor and is pursuing his dream as a med-student in the Galveston Medical School.

Her second son, Adam, seeks his independence. He finds a job at the shipping docks and moves to his own apartment. At the moment, Catherine feels that the family will have a bright, prosperous future in Galveston.

A vulnerable nineteen-year-old girl has been lured into prostitution with promises of a better life. She mysteriously disappears, and because she is Adam’s friend, the authorities look to him for answers. Scared and on the run from the law, Adam goes to his birthplace in Beaumont to uncover his mother’s darkest secret.

Behind closed doors of the Mississippi Delta, lies a tangled web of seduction, secrets, sin, and shame. Inspired by actual events, Rhoades to Bridges is an explosive saga which defies the confines of genre.  From Steel Magnolias to Ghosts of Mississippi, there have been a great many stories told about the South: her majesty as well as her malevolence.

The series begins as Melanie Bridges wins a landmark lawsuit which rocks the nation all the way to the Supreme Court.  With this victory, Melanie finds herself at the pinnacle of her legal career; yet, unmarried and childless, she is consumed with a burning desire to find deeper meaning for her life, apart from her professional persona.

Taking a sabbatical, Melanie sets sail alone, bound for the Caribbean. Anticipating being far from home and loved ones, she takes with her a treasured photograph album from which her grandmother had told family stories when Melanie was a small child.

She expects the photographs will give her comfort in the long hours of solitude.  Surprisingly, they do much more than she could have imagined as they carry her on a journey of a lifetime, through 150 years and the complex relationships connecting seven generations. She recognizes that the Bridges have always been a unique breed, exceptionally strong, bound by faith and family, with the courageous women of each generation unifying and triumphing over the unbearable circumstances of their day.

Melanie realizes the family secrets which once threatened to shatter the very core of the Bridges dynasty now serve as her salvation.  From the past, she discovers she is but a solitary golden thread woven in the magnificent tapestry of a collective destiny. 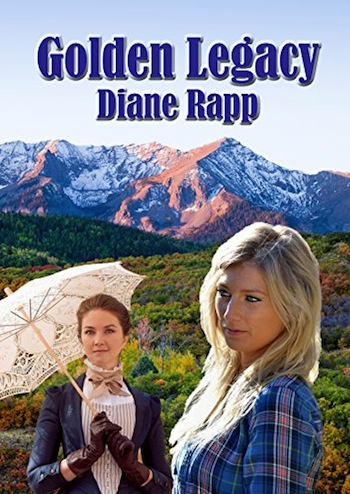 Although a stand-alone novel, readers who have already met Kayla and Steven in the High Seas Mystery series, may enjoy their continued love story in the Rockies. See real places around Ouray, Colorado through actual photos within the narrative.

Ginny is a “modern” English gentlewoman traveling alone in the year 1888. At the age of twenty-five, she deems herself a spinster, admitting the condition results from her own decisions. After Ginny gains control of her own money, she sets out to travel the world, hoping to publish a series of travel journals.

Upon landing in San Francisco, Ginny’s aristocratic life drastically changes course when she learns that miscreants shot her twin brother, Johnny. Ginny journeys by train from San Francisco to Ouray, Colorado, faithfully recording events in her journal. After tending to Johnny in hospital, the gutsy woman strikes out to locate his hidden gold mine, armed with courage, a fountain pen, and two sharp hatpins. It is her duty to deliver supplies and information to Nick, her brother’s business partner and dear family friend.

In modern day action, Kayla and Steven deal with aftermath from the aborted murder attempt on Kayla after their wedding. Plagued by turbulent dreams of drowning, Kayla develops a paralyzing fear of open water. She’s summoned to a dying aunt’s bedside and jumps at the chance to trade life at sea for the comforts of home in Colorado.

To inherit the family legacy, Kayla must solve clues and locate the family gold mine. After reading Ginny’s journal and searching for clues scattered throughout a charming Victorian house, Kayla and her friends endeavor to find the mine.

They cross hazardous terrain through wild country and face tricky problems inside the derelict mine. Old generators lie dormant, and they need to activate a trompe to open the “safe” inside the mine. Clues purloined from the house might guide disgruntled heirs to steal the treasure for themselves.

Kayla struggles to decipher the mystery before snow falls, testing her courage, ingenuity, and honesty to qualify for the golden legacy. Can she overcome fear to reveal what is most important to her future?