When a church splits, truth may be a deadly sin. 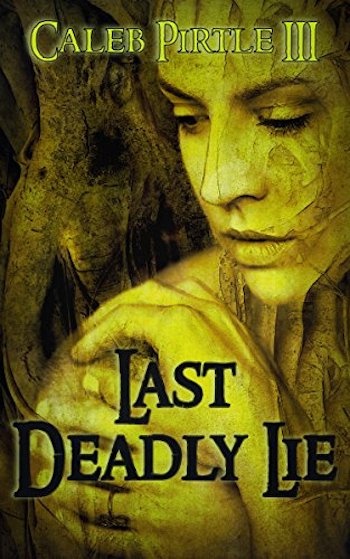 I wrote Last Deadly Lie to free myself from the demons that tormented me in the years after the church did its best to come apart at the seams.

You’ve heard from time to time about a split in the church.

Two factions of the congregation disagree and can’t get along.

One side is angry.

One side is hurt.

Souls are all simmering with hatred.

Well, let me clarify the matter.

Churches don’t split. Churches are torn apart with the power and fury of an earthquake.

I know. I’ve been in the middle of one. And I don’t ever plan to go through another one.

I had the misfortune of being on the Session, which is the governing body of the Presbyterian Church.

The pastor had been around for a long time. He had his own clique, mostly those members of the congregation who sat on the richer side of church

He was no different from any other pastor.

But there was an internal squabble that got out of hand.

One faction of church was angry.

The other faction didn’t give a damn.

In the past, any time the pastor faced any kind of criticism, he merely rolled his eyes in session, put a hand over his heart, and said piously, “Well, if you don’t think I’m doing my job, then I’ll just resign.”

Pity would sweep over the session.

Then here came the guilt.

And someone would pat the pastor on his back and say, “Oh, no, please don’t think you have to resign. We all love you.”

A few tears would be shed, and there would be hugs all around.

Well, here we were in the middle of another problem.

Members of the Session were fuming.

And the pastor leaned back, rolled his eyes, put his hand over his heart, and said piously, “Well if you don’t think I’m doing my job, then I’ll just resign.”

I had heard it before.

I wasn’t buying it this time.

I spoke up and said, “I move that we accept the pastor’s resignation.”

And all hell broke loose.

Here came the angry phone calls in the middle of the night.

My good friend, an attorney, strolled down to the front of the church on Sunday Morning and asked the congregation to throw me out.

He received a lot of amens.

Quite a few considered it, I’m sure, and probably would have done it if they hadn’t been wearing white shirts and ties.

The church was torn with rumors.

It was assailed by gossip.

The church shuddered beneath the lies, the next one worse than the last.

And everyone was wrong.

There would be no winners.

I wrote Last Deadly Lie to free myself from the demons that tormented me in the years after the church did its best to come apart at the seams.

It, too, is the story of a church in turmoil.

The story is different from the one I experienced.

The characters in Last Deadly Lie aren’t the ones who threatened to excommunicate me if only the Presbyterian Church allowed excommunications.

But the pain is there.

So is the gossip.

So are the rumors.

And the next lie is worse than the last.

As I wrote about the novel:

Last Deadly Lie is a chilling, fearful tale of a small town that has smoldered too long in the fires of jealousy and selfish greed, then is finally blown apart by lies, gossip and violent death. The story cuts deep into the anger and anguish that boils deep inside the congregation of a Presbyterian Church, as the pastor battles back against gossip – or maybe the truths – of those who are committed to having him removed from the pulpit at any cost. All are caught in a crossfire of vengeance that is fought behind closed doors with sex, bribery, blackmail, and murder.

Friends are forever wedged apart by the turmoil. Generations of conflict erupt with violence. And a maddening horror grips the lives of innocents who become as demonic as the Satan they curse with their nightly prayers. A woman is desperately in love. A woman is scorned. A woman is betrayed. Someone will pay a terrible price.

I wrote the story to cleanse away the torment in my soul.

The church fractured a long time ago.