When Christmas Came to Hooks, Texas 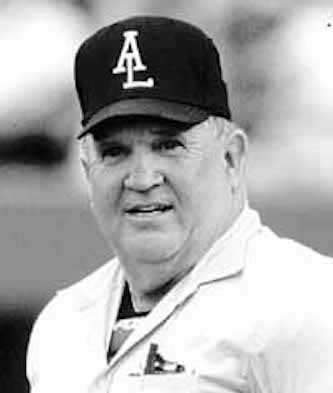 Durwood Merrill was Santa Claus driving through rain, snow, and mud in a pickup truck.

Christmas came to Hooks, Texas, in a pickup truck. There were those who say that Hooks only had two sides: the poor side of town and the wrong side of the tracks. Its population rose and fell above and below two thousand people, as unpredictable as the weather.

The town’s homes were rotting and always a missed paycheck or two away from being abandoned. The boards were weathered. A few windows were broken. Hooks had managed to conjure up a severe unemployment problem decades before the rest of the nation realized that jobs had gone bust. Hooks would have had soup lines, but nobody in town had an extra bowl of soup to pass around.

For so long, however, Hooks, Texas, did have Durwood Merrill, and he had a pickup truck, and Christmas followed the muddy, dirt roads where he drove.  He could have easily been mistaken for Santa Claus, although he generally dressed in overalls, a flannel shirt, and cowboy boots. He certainly had the size for the role. Merrill was well over two hundred pounds with a thick neck, a barrel chest, and a hearty laugh.

For more than twenty years, Durwood Merrill had umpired in more than 3,400 games, worked the World Series, playoff games, and the All-Star game.

Major league baseball made Durwood Merrill a fairly wealthy man. At least by Hooks standards, he was rich. He could have lived anywhere, but the little ranch outside of town was home.

His life changed forever on Christmas Eve of 1979. He said, “I heard about a single mother with three children, and they didn’t have any food in the house. I went to see her, and when I got home, I sat down and cried. It just knocked me backwards.”

Then, he thought, crying wasn’t doing anybody any good. He reached for the phone.

“I called the local variety store owner, walked in, and took a Christmas tree right out of the store without asking,” he said. “I unplugged the lights and put the whole thing in the back of my pickup truck.

“Then I called the man and woman who owned the local supermarket and had them open up for me. I grabbed two shopping carts and filled them with everything from baby food to turkeys, milk, eggs, bread, cake, and candy – the whole nine yards.”

He drove back into the woman’s house. She had never expected to see him again. Nobody ever came around more than once. He walked in, set up the tree, placed the food on the kitchen table, and left an armload of presents under the tree. It was, he decided, the best Christmas he had ever experienced.

By the holiday season next year, Durwood Merrill was carrying food and gifts to three homes. And his transformation into Santa Claus with a pickup truck was only just beginning. He said, “I started looking around for people to help. I started with the elementary teachers. They know the kids better than anybody. I would say, ‘Look, if you see one who needs shoes, a par of blue jeans, a coat, or a shirt, just let me know.’”

And within a few years, Merrill was on the road early, navigating his pickup truck through rain, snow, sleet, and mud to more than eighty homes, bringing food and gifts to at least two hundred children, sometimes more. He knew the location of every shack and shanty in the area. The entire town would donate its dime and dollars throughout the year, and Merrill kept reaching into his own pockets as well. The money came a little at a time, but it always came just in time.

He said, “On more than one occasion, I would walk into one of those homes, and the mama would be bawling. She would say to me, ‘I just told the kids we wouldn’t be having Christmas this year, and then you show up.’ That’s the kind of stuff you never forget.”

It was after dark. No moon. No stars. Just the rain. A chilled, icy rain. But Merrill was slipping and sliding down an old, out-the-way road he knew well. He had driven it countless times. He was tired. The day had begun early, and he was on his way home.

He had made his list, checked it twice, and marked off each home when he left it.

There were no more names, no more homes.

Suddenly, almost hidden by the mist, he saw something on the side of the road.

Or maybe it was someone.

He jerked the pickup truck to a stop, rolled down his window, and saw a woman standing there, shivering in the cold, her hair plastered against her face by the rain. Her voice was barely audible in the wind. She said, “Please, sir, do you have anything left?”

Merrill looked around him. The truck was virtually empty. He had already delivered his allotment of turkeys and bicycles, toys and clothes, candy and cranberry sauce. All he had left were a few scattered boxes of jello. He picked them up and handed them out the window. “I’m sorry, ma ‘am,” he said, “But it’s all I’ve got.”

He was feeling absolutely terrible.

The woman had a broad smile on her face. She turned to show the boxes to two small children standing in the darkness by the side of the road.

The oldest child immediately brightened. His eyes were wide with excitement. “You mean we can have jello tonight?” he asked. “This is great, mama.”

He looked up into the face of Durwood Merrill. “Thank you,” he said.

Merrill said, with a tear in his eye, “You know, most people will take a little box of jello for granted. But it was Christmas for them.”

By the time the sun had risen above trees the next morning, Durwood Merrill had driven back down the narrow dirt road to the last shack before he reached the river. He had a new bag filled with toys and candy. He figured the jello was probably gone by now. But Christmas was showing up right on time.

And I always worry this time of year.